Workers digging into the ground to make way for a development came across the unexpected: Bones roughly 10,000 years old from an extinct animal that once roamed parts of North and Central America. By Wyatt Loy, AccuWeather staff writer Published Aug. 26, 2022 12:41 PM PDT | Updated Aug. 26, […]

Workers digging into the ground to make way for a development came across the unexpected: Bones roughly 10,000 years old from an extinct animal that once roamed parts of North and Central America.

A construction project in Grand Rapids, Michigan, that seemed fairly straightforward went awry in the best way possible earlier this month when workers digging a culvert discovered the ancient bones of a juvenile mastodon.

Cory Redman, science curator at the Grand Rapids Public Museum, had no idea what to expect when he was called out to identify the bones the morning of Aug. 11.

“[I] figured it might be maybe two bones, maybe five, that’s generally how these things go once we get on site,” Redman told AccuWeather Prime‘s Adam Del Rosso. “We quickly realized it was much more of a skeleton. And so that’s when it became really, really exciting.”

Redman said that based on an initial estimate, the skeleton is between 40% and 60% complete, but it could be more or less once workers at the museum’s archive research center fully analyze and reconstruct it.

In this Thursday, Aug. 9, 2018, file photo, workers reassemble a cast of a mastodon skeleton inside the University of Michigan’s new Biological Sciences Building in Ann Arbor, Michigan. (AP Photo/Mike Householder)

“One of the things that makes this find really unique, besides being local, is all the bones appear to come from a single juvenile mastodon,” Redman told The Detroit Free Press.

Mastodons are a group of large animals that roamed mainly in the Midwest about 10,000 to 20,000 years ago. Redman said if you were to picture a hairy elephant, you wouldn’t be too far off.

Mastodons and woolly mammoths are rather distinct from each other, but they did sometimes occupy the same habitats, according to the National Park Service. Although both were massive, Redman said the former are much more stout and long compared to their woolly counterparts, who were much taller.

As for how long ago this specimen lived, right now there are only guesses.

Curators and workmen at the Ohio Historical Society in Columbus, Ohio, remove a leg from the Conway Mastodon in this Jan. 6, 2011, file photo. (AP Photo/Mark Duncan)

“We don’t know how old the bones are yet; we’ll have to try to radiocarbon date them, but they’re at least over 11,000 years old because mastodons went extinct at the end of the last age,” Redman told the Press. “We won’t be able to know how old that particular skeleton is, because it could be much older than that.”

GET THE FREE ACCUWEATHER APP

After analyzing and cataloguing the skeleton over the course of the next year, it will be displayed in the museum, alongside all the other mastodon skeletons for which Michigan seems to be a hot spot.

In the past decade, there have been several findings in the state: A mastodon bone here, a mastodon tooth there, even a nearly-complete skeleton. In 2017, construction workers found mastodon bones much the same way, at a housing development south of Grand Rapids. To date, Michigan is home to more than 300 reported discoveries of mastodon remains.

Want next-level safety, ad-free? Unlock advanced, hyperlocal severe weather alerts when you subscribe to Premium+ on the AccuWeather app. AccuWeather Alerts™ are prompted by our expert meteorologists who monitor and analyze dangerous weather risks 24/7 to keep you and your family safer.

Fri Aug 26 , 2022
This article is shared by partners in The Granite State News Collaborative. It was first published in the Valley News. For more information visit collaborativenh.org.  A proposed major renovation and expansion to the Sullivan County nursing home took a big step forward Tuesday after the delegation of state representatives unanimously […] 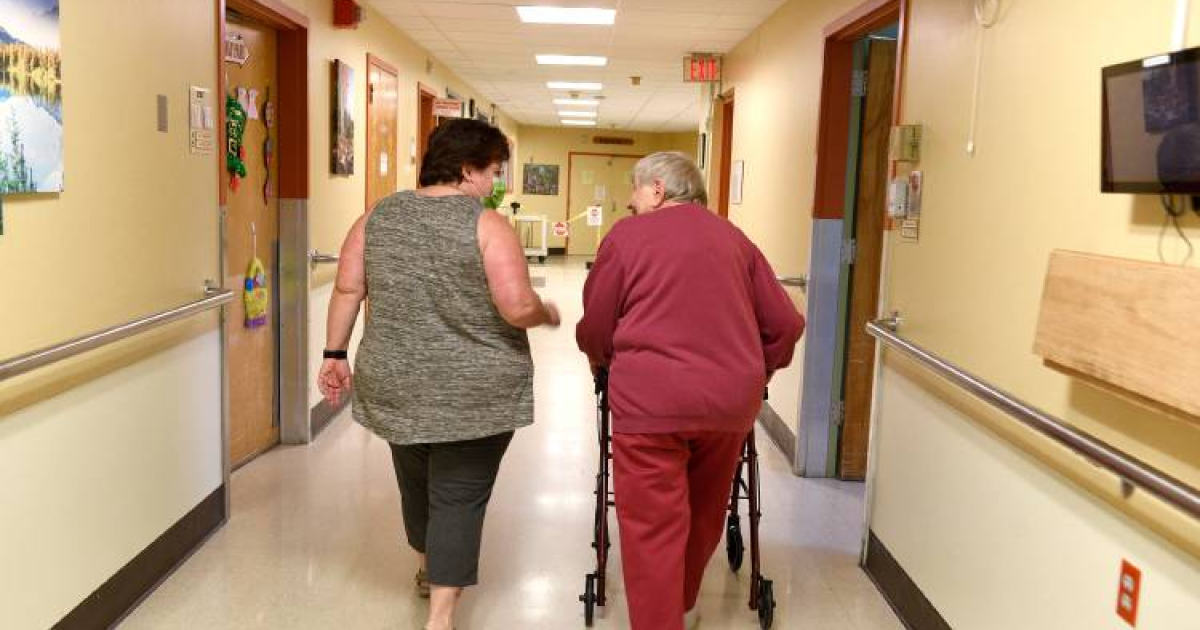