Pardon the potty talk, but we’re discussing bathrooms today. These are on my mind because, not to sound too la-di-da, I just got back from France, where I spent a week bicycling around the Loire Valley visiting several chateaux. While sporting sweaty spandex and helmet hair, I toured the excessively […]

Pardon the potty talk, but we’re discussing bathrooms today. These are on my mind because, not to sound too la-di-da, I just got back from France, where I spent a week bicycling around the Loire Valley visiting several chateaux.

While sporting sweaty spandex and helmet hair, I toured the excessively lavish castles of beheaded royals and other aristocracy, which clarified for me why the French commoners revolted, and just how far bathrooms have come.

While I walked through dozens of palatial bedrooms and parlors outfitted with fine tapestries, painted portraits in gilded frames, carved marble fireplaces, and ornate ceilings, I did not see one bathroom. Because. They. Didn’t. Exist.

Even Chateau de Chambord, the valley’s largest chateau with 426 rooms, had no bathrooms. So, imagine that the residents host a lavish dinner party with guests all festooned in ermine furs, pearls and silk, seated around a bedecked dining table, then, heaven forbid, one guest needs to powder her nose?

I did see a chair with a built-in chamber pot.

Thankfully, today French bathrooms are commonplace, yet they still fall short of American standards. While I find much to love about France — the food, the fashion, the fragrances — I have nightmares and daymares of getting stuck in one of their public bathrooms.

The toilets don’t have seats. The lights turn off automatically when it’s not convenient. The floors are often wet, why, and uneven. Windows, it seems, are outlawed, and the ventilation hasn’t advanced since the Middle Ages. Whenever I return from there or any foreign country, I thank heaven for American plumbing.

Coincidentally, I came home to find that Houzz, that online home-design platform, had just released its 2022 U.S. Houzz Bathroom Trends Study, which crunched data from more than 2,500 homeowners who had recently completed or were in the middle of a bathroom remodel. The respondents, whose average age was 57, answered a barrage of questions about finishes, fixtures, colors, costs, and more.

The juxtaposition of Houzz tallying how many homeowners are installing antifog mirror systems and dual shower heads, while I’d just witnessed how the richest French kings and queens took weekly baths from buckets, was not lost on me. We all live better. I’ll take a bedroom with an ensuite bathroom over a bathroom-less castle any day.

The report also confirmed that U.S. bathrooms, which I dare say are among the best in the world, are getting even better. If you’re looking to improve yours, the trend data matter. Because, when embarking on a home improvement, you want it to not only make your life better, but to also boost your home’s value, which won’t happen if you are not clued into market trends.

I looked over the 32-page report, then called Houzz economist Marine Sargsyan to talk me through it. But first, I had to ask: “What is up with the bathrooms abroad?”

“In other parts of the world, people tend to view bathrooms as purely functional, while Americans think they’re a place to destress and relax,” Sargsyan said. “But you’ll be happy to know that bathroom remodels are the most popular project not just here but internationally as well.”

• Biggest surprise: “Wood is replacing white,” Sargsyan said. “For the longest time white has been the dominant color in bathroom and kitchen cabinets, so we were super excited to see, for the second year in row, wood-tone cabinetry trending up, as well as other colors.” While 32% of respondents still chose white vanities, 30% chose wood (mostly midtone), followed by gray (14%), blue (7%), black (5%) and green (2%). “We’re still seeing white in showers and on walls, giving that look of cleanliness people want.”

• Main motivation: The No. 1 reason homeowners renovate bathrooms is they’re tired of their outdated style (48%). The second biggest driver (33%) is that the old room is breaking down.

• Pro help: Recognizing that bathrooms are complex spaces, 85% of homeowners hired a building professional and 13% hired a designer.

If you can’t afford an entire bathroom remodel, start with the systems. “The average U.S. home is 40 years old, which is why our survey shows that 62% of homeowners upgraded their bathroom’s plumbing and ventilation,” Sargsyan said. “If the systems aren’t functioning, no amount of design will help you enjoy the space.”

Marni Jameson has written six home and lifestyle books, including “What to Do With Everything You Own to Leave the Legacy You Want,” “Downsizing the Family Home – What to Save, What to Let Go” and “Downsizing the Blended Home – When Two Households Become One.” Reach her at marnijameson.com.

How to find jobs that don't require a college degree

Sat Sep 24 , 2022
No college? That’s no problem. A wide array of jobs — many of them well-paying — don’t require a degree. Moreover, some cities are particularly friendly to workers without a college education. These are the results of data compiled by a personal finance site called FinanceBuzz and SideHusl.com. “When I […] 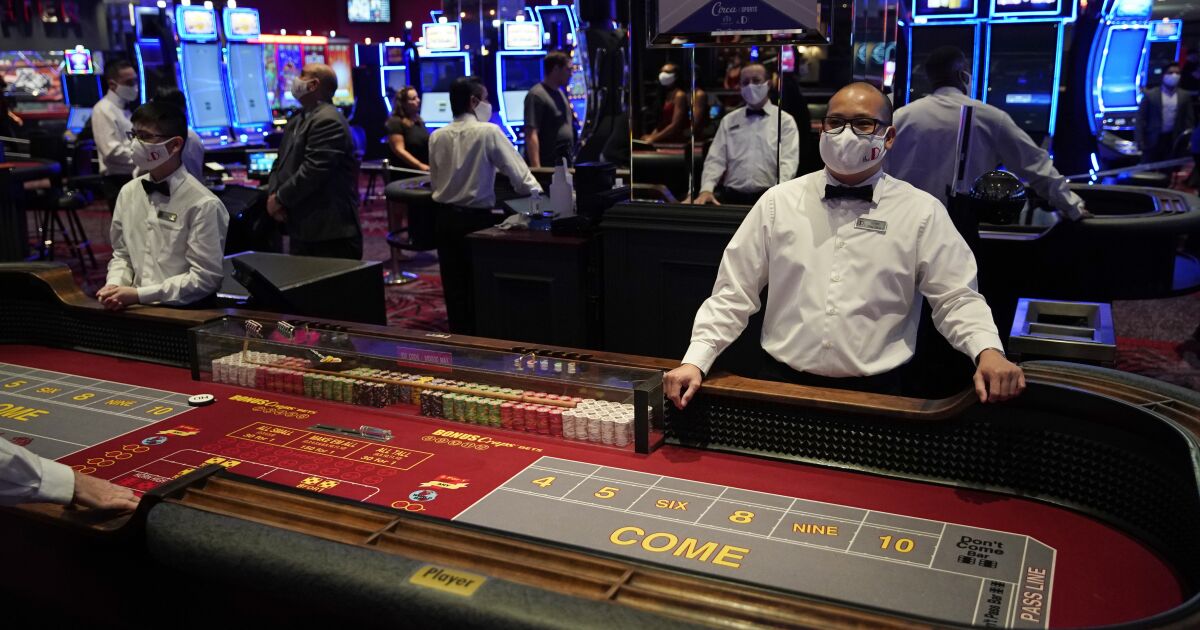