The work was tough in the sense he was juggling three or four renovation projects at once in different cities, having to fly from one place to another for a few days at a time. Then again, he was on “Survivor” competing for a whopping 152 days so “tough” is […]

The work was tough in the sense he was juggling three or four renovation projects at once in different cities, having to fly from one place to another for a few days at a time. Then again, he was on “Survivor” competing for a whopping 152 days so “tough” is all relative.

Mariano, 46, has been in construction all his life, starting as a stone mason when he was a teen. He got a degree in psychology at Boston College but stuck with the blue-collar job. “My dad said, ‘You never used your degree!’” Mariano said. “I said, ‘I used it on ‘Survivor’!”

He said he enjoyed working with Burruss because she was game to do anything, whether it was smashing a wall, cutting two-by-fours or installing a shelf.

“She absolutely crushed it on the demo of this project,” he said. “She totally gets in there. I hadn’t seen anybody go like that up to that point.” (On Sept. 9, Mariano works on an Orlando home of an uncle for part-time Atlantan Shaquille O’Neal, who while super personable, wasn’t quite as hands on as Burruss.)

Like Burruss on her reality shows, she was kind and down to earth, Mariano said.

Bertha’s home, he noted, was old with lots of small rooms. The team mostly worked on the living room and kitchen, raising the ceiling in part of the home to help open up the space. Bertha entertains a lot of Burruss’ family every week and the renovation makes her home far more hospitable when a lot of people are there.

Like “Survivor,” Mariano said, any renovation project involves quick thinking and workarounds. “It’s a good lesson for life and business,” he said. “You never know what to expect. People who are best able to adapt do the best. In this case, Sabrina [Soto, the lead designer] completely saw the vision from the beginning.”

Mariano has likely retired from “Survivor” as a competitor. In 2019, he was a “coach” to some of the players and stayed on a separate island with fellow legendary “Survivor” player Sandra Diaz-Twine, who is the only player to win twice.

He said the producers offered to make life easy for them by allowing them to stay at a resort when they weren’t shooting footage. But Mariano said he offered to suffer in the elements like the actual players. After three days, he deeply regretted it. “Sandra had no idea I had made this decision for both of us,” he said. “She was like, ‘You idiot!’” They then had to go and play season 40 as all stars. (Neither won.)

“Survivor” has changed quite a bit over the years, he noted: “I don’t ever want to be the guy who says, ‘Back in the day, we did it better.’ The game is a lot faster now. The strategy has changed. Stuff that worked even 10 years ago won’t work today.”

He said in the early days, contestants valued players who helped around camp and were adept at challenges. Those attributes matter less now. “They now become a good reason to get rid of you,” he said. One thing that hasn’t changed, he noted: the show is about relationships and managing relationships so everyone feels good about themselves and by extension, you.

“Secret Celebrity Renovation,” 8 p.m. Fridays on CBS, available the next day on Paramount+

Sponsor spotlight: Houses are aging - is it time to remodel?

Sat Sep 3 , 2022
A kitchen remodel can add value to your home. (Photo courtesy Irons Brothers Construction) America’s housing stock is aging. And following the Great Recession, residential construction grew at a modest pace. According to the National Association of Home Builders (NAHB), many homeowners across the country occupy dwellings that are not […] 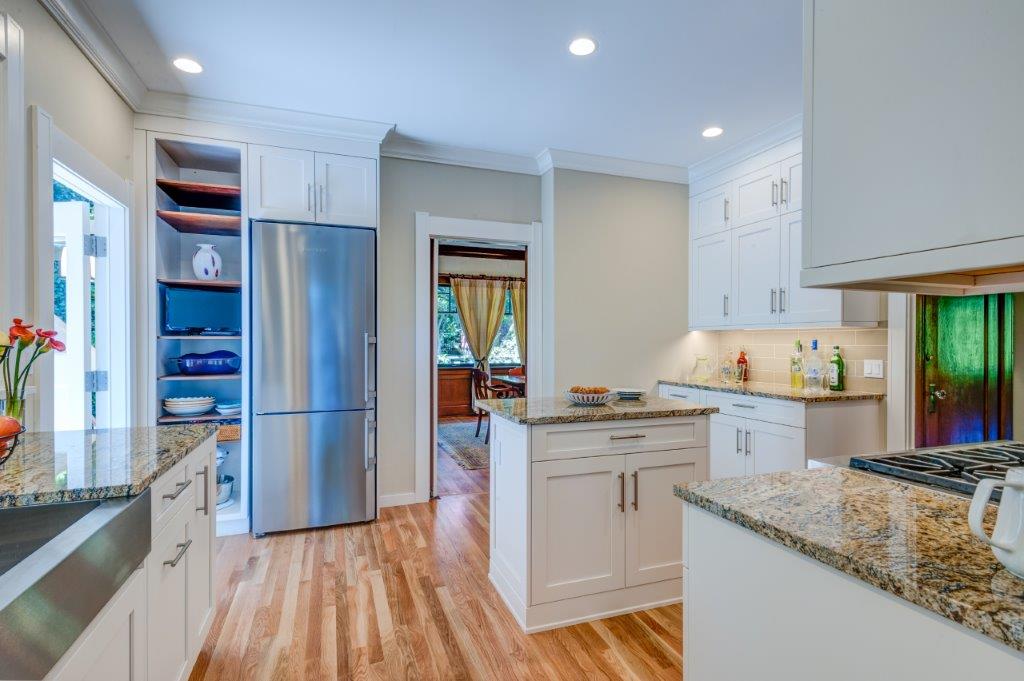