Charles “Chuck” Monroe Elliott (May 6, 1932 – July 16, 2022) entered the nearer presence of Jesus after many decades of walking in his Savior’s footsteps and a short hospice at home. His journey began in Watauga, Tenn., when he was born to Alma (née Humphrey) and Daniel “Web” Elliott. […]

Charles “Chuck” Monroe Elliott (May 6, 1932 – July 16, 2022) entered the nearer presence of Jesus after many decades of walking in his Savior’s footsteps and a short hospice at home. His journey began in Watauga, Tenn., when he was born to Alma (née Humphrey) and Daniel “Web” Elliott. He shared a home with older brother Banner and younger siblings Virginia (Crouse), Patty (Miller), and Jeff. After many adventures growing up in the holler (including teaching the second grade, runnin’ “mountain dew,” and chasing mountain lions) he served his country boldly as a U.S. Army drill instructor throughout the Korean War. Following his honorable discharge, Chuck worked for General Motors in Cleveland, Ohio for 30 years. Beginning as a parts clerk, he rose to become a tow motor operator and trusted trainer. There he enjoyed bowling, hosting incredible parties, and handicrafts.

In retirement his life took a major turn that resulted in a life-changing encounter with the Lord. He returned to the hills of East Tennessee where he married Charlene and took on the raising of tumultuous teen twins and their adult siblings. In retirement, he outworked most full-time employees. He ran his own landscaping and handyman service, maintained multiple gardens scattered across the neighborhood, and served his church (Discover Life AofG) in numerous capacities: chief usher, greeter, treasurer, sexton, deacon, elder, and trustee. He was the first to lend a hand and the last to go home.

He made friends wherever he went, all of whom would agree that he was a world class storyteller; his tales of growing up in the holler, serving in the Army, and living as an Appalachian American in the upper Midwest delighted friends, family, and strangers alike. In his final years, he committed a number of these stories to pen and paper in a book for his grandchildren to relive. A baker of considerable renown, he never showed up empty handed; his recipes for smoked turkey, banana bread, Amish friendship cake, and more are a poor substitute for the actual vittles he set before us.

His passions included fishing, Westerns, Johnson City Cardinal Baseball, and card games. His priorities were God, Family and Country. His last day on earth was one for the books: he enjoyed a slice of coconut cream pie, strolled through his garden, prayed with a nephew, and held hands with his wife, daughter, and grandson while Beulah Land served as his entrance music to heaven. He lived longer than he expected, loved generously, and will be missed more than he could have imagined.

The family wishes to thank Drs. J. Hatjioannou, V. Ramu, S. Messimer and Amedisys Hospice for the excellent health care given to maintain a good quality of life on Earth.

The family will receive friends from 5 to 6 p.m. Saturday, July 23, at Discover Life Church, 408 E. Mountain View Road, Johnson City. The funeral service will follow with Pastor Jon Fontanez presiding. The family requests that everyone wear a mask while attending services in the church. The graveside committal service will be conducted at 10 a.m. Monday, July 25, in the Mountain Home National Cemetery. The minister, family and friends are requested to meet at the cemetery by 9:50 a.m. Monday. In lieu of flowers, Chuck requested supporting women by donating at www.discoverlifeag.org/give and designating it for the Widows Fund. Memories and condolences may be shared at www.tetrickfuneralhome.com.

Melanie Rose Explains ‘How to Build a Sex Room’ on Netflix

Wed Jul 20 , 2022
Interior designer Melanie Rose helps Wesley and Hannah, a young couple with a toddler, build a secret sex room filled with tantric furniture. Photo: Netflix “So I understand you want a sex room,” Melanie Rose, the star of Netflix’s new home-renovation show, says within a minute or two of meeting […] 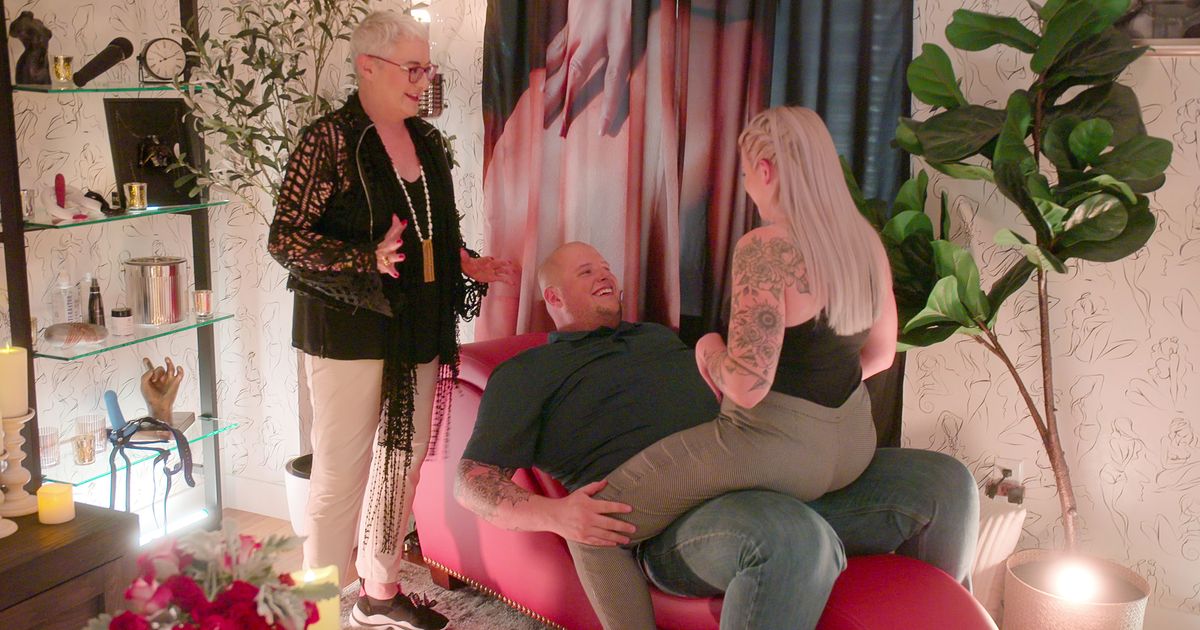