NEAR WEST SIDE — The Chicago Fire is forging ahead with its $80 million plan to develop a practice and training facility on the site of a former public housing project, bringing the proposal before a key City Council committee in September and aiming to break ground as soon as […]

NEAR WEST SIDE — The Chicago Fire is forging ahead with its $80 million plan to develop a practice and training facility on the site of a former public housing project, bringing the proposal before a key City Council committee in September and aiming to break ground as soon as winter, officials said.

The soccer club launched efforts in January to build the complex — which will include a 50,000-square-foot building and soccer fields — on 26 acres of vacant land managed by the Chicago Housing Authority bounded by Roosevelt Road, Ashland Avenue, 14th Street and Loomis Street.

Initially planned for Hanson Park in Belmont Cragin, the massive project stalled last year when residents criticized the proposal, arguing neighboring kids and schools would lose access to public space. The plans were eventually dropped when the negotiations fell through with the Chicago Public Schools, which owns Hanson Park.

The revamped proposal puts the facility on the vacant site of the former ABLA Homes along Taylor Street, one of the oldest public housing projects in the city. Most of the buildings were demolished by 2007, with the housing authority vowing to redevelop the property with more than 2,400 improved affordable and mixed-use housing, partially for displaced residents.

But most of that housing was never built, and the plan to set aside space for a private sports franchise has drawn the ire of some community members and housing activists, who think officials are reneging on promises to deliver affordable apartments back to the community.

RELATED: This Land Was Promised For Housing. Instead It’s Going To A Pro Soccer Team Owned By A Billionaire

Fire executives and city officials attempted to assuage those concerns Thursday, touting a proposal to bring 222 mixed-use housing units back to the site as part of the third phase of its larger Roosevelt Square redevelopment. Eighty of those apartments would be for former housing authority residents.

City officials have also defended the project, saying proceeds from leasing the land to the Fire could be re-invested in fixing up aging ABLA buildings and facilities. The Brooks Homes and Loomis Court portions of the former ABLA homes project were left standing after the 2007 demolition, and still house residents east of the proposed soccer facility.

“That does not mean we are done, in any way, for bringing housing back,” said Ann McKenzie, a development executive with the housing authority. “But we’re also building community here. We are excited about the prospect of the Chicago Fire joining us on the site.”

The soccer team would bring a much-needed investment to the neighborhood, McKenzie said.

“We are excited about the prospect of the Chicago Fire joining us on the site,” she said.

Sandwiched in a busy corridor between still existing public housing, a recreation center, the medical district and the University of Illinois Chicago, the Fire’s performance center would include five and a half soccer fields and a sprawling building for locker rooms, training and team office space. Three of the fields would be artificial turf and the others would be grass, officials said. An inflatable bubble over one of the fields would be installed for winter, officials said.

The first floor of the building would have locker rooms, training facilities and video rooms, while the second floor would have offices for team executives, a cafeteria and a meeting space, officials said. The site would include about 150 parking spaces.

Fire games would continue to be at Soldier Field.

While the team would not host games at the location, the team is committed to providing opportunities for public use of the space, executives said. That could include a youth mentorship program and an after-school training academy, as well as 10 internships organized through the ABLA Homes community group. The team also pitched a pedestrian greenway that would connect Loomis Street and Ashland Avenue through the site, executives said.

The team is still negotiating with the Chicago Housing Authority to finalize leasing the land, but the agreement will include written covenants on community investments, Fire executive Paul Cadwell said. The project is entirely privately funded, with no public incentives, Cadwell said.

Since Morningstar founder Joe Mansueto bought the Fire in 2019, the team has moved its home stadium from suburban Bridgeview to Soldier Field and shifted its front office to The Loop. Its current training facility is in Bridgeview.

Mary Baggett, the local advisory council president for the ABLA community, praised the Fire’s youth programs in the meeting and said she is excited about the proposal moving forward, saying it is “long overdue” for ABLA Homes.

“I just want to say that it’s going to be a great opportunity working with Chicago Fire,” Baggett said. “During this process … they are going to rebuild our community.”

Resident Bob O’Neil also expressed support for the project, saying he hopes plans would include as many trees as possible, maintain neighborhood diversity and connect with the nearby university.

Other residents were less enthusiastic.

Karen Morton, a member of New Garden Missionary Baptist Church at 1409 S. Ashland Ave., said city officials have not shared enough information with the public about the project. She is worried it could impact parking at the church, she siad.

City officials said the project would not infringe on current church parking or the nearby alleyway.

Pressed by residents about why a private soccer team needs to lease public land for its training facility, Cadwell said the failed Belmont Cragin proposal prompted the team to seek a location that would be a better fit for the surrounding community.

“It was best for us to walk away from [the Belmont Cragin] proposal because as we got deeper into those conversations, we were going to impact the students that live and go there every day,” Cadwell said. “We want to be in a neighborhood and a facility in the city where we can be an addition, and not a negative.”

“We can go in the immediate vicinity” of housing authority land, McKenzie said.

“There are opportunities to shift housing to other areas and distribute density to other opportunity sites,” said Brian Hacker, a staffer with the city Department of Planning and Development.

The project is slated to go before the city’s zoning board in September before moving to the full City Council for a vote. If approved, Fire team executives said they hoped to break ground by winter or early spring, with a completion date in 2024.

“That’s an aggressive timeline; we’re aware of that,” Cadwell said. “But we’re moving forward with that timeline.”

Click here to support Block Club with a tax-deductible donation.

Thanks for subscribing to Block Club Chicago, an independent, 501(c)(3), journalist-run newsroom. Every dime we make funds reporting from Chicago’s neighborhoods. Click here to support Block Club with a tax-deductible donation.

Listen to “It’s All Good: A Block Club Chicago Podcast”:

Mon Aug 29 , 2022
The brief for this San Francisco kitchen remodel sounded relatively simple. Create a light and spacious new look that remained in keeping with the overall feel and original features of the 1913 Spanish-colonial style home. So far, so simple. However, the key kitchen ideas for the remodel also had to blend the […] 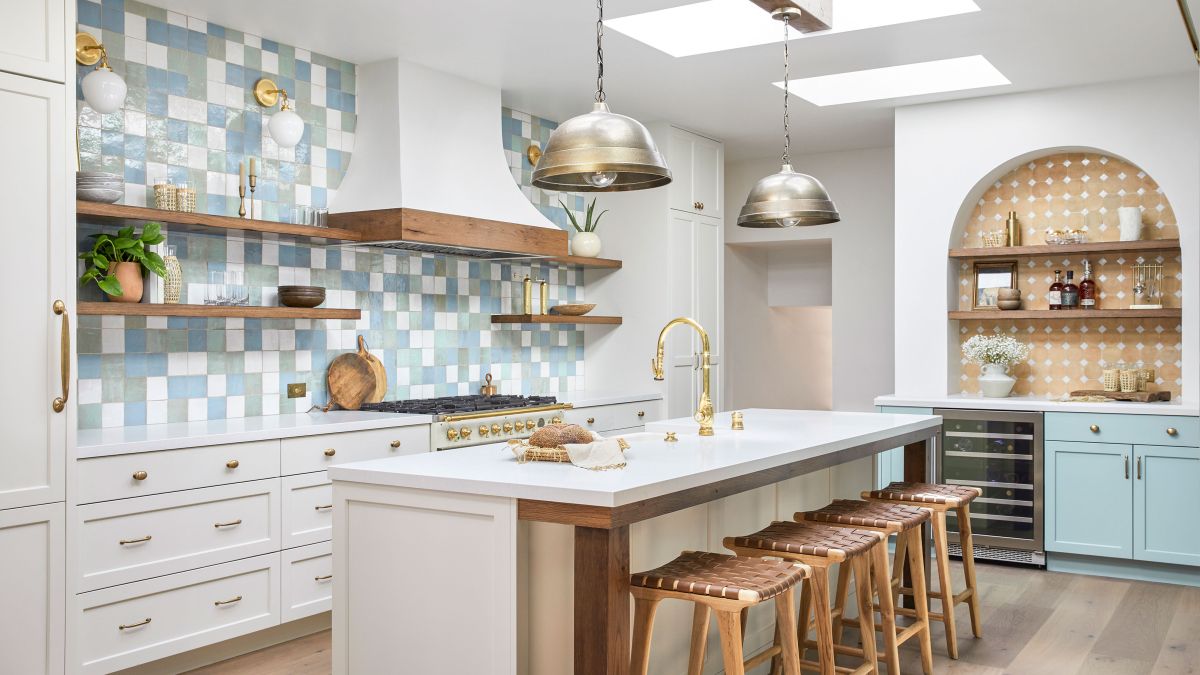