This story first appeared in the Lede, a digital news publication delivered to our subscribers every morning. Go here to subscribe. Homebuilders have been busy in Athens the past few weeks. The City of Athens issued 49 permits for home construction since June 27, according to Southern Exposure reports. That […]

This story first appeared in the Lede, a digital news publication delivered to our subscribers every morning. Go here to subscribe.

Homebuilders have been busy in Athens the past few weeks.

The City of Athens issued 49 permits for home construction since June 27, according to Southern Exposure reports. That number isn’t surprising. As of the spring, about 2,000 plats had received final approval, with another 3,300 meeting preliminary approval, according to City Planner Matthew Davidson.

The city had the most expensive home receiving a permit in the Huntsville metropolitan area in the last couple of weeks. Preston Engineering and Construction of Athens received a permit for a $1.5 million, 10,275-square foot home at 1106 Wauchula Dr.

Homes on Wauchula Drive are listed as four and five-bedroom homes.

Winter Homes is the homebuilder for four communities in Athens: Cog Hill at Canebrake, Henderson Estates, Cherry Hills and The Meres. The website offers floor plans for two-to-four bedroom homes.

In addition to the homes in Athens, reports have the Limestone County Commission approving lots for more than 1,000 homes so far this year, with just under 800 in the eastern part of the county, where the majority of new home construction is going on in Athens.

The eastern part of the county is also a growth for area for Huntsville and Madison, where the Mazda Toyota and other manufacturing plants are located. Limestone County is the fastest growing county in the state.

The busiest activity in Huntsville occurred in the Estuary of Nature subdivision on Tillane Park Circle. Breland Homes was issued eight permits for homes valued at between $125,000-$130,000.

The City of Huntsville has issued 61 permits for single family homes in the past 30 days and 553 year to date.

Only one commercial permit was issued for a project exceeding $1 million in the last week. The City of Huntsville issued a permit to William Stroud for an $8.2 million building at 400 Oakwood Ave. NE, just west of Interstate 565. Willconsco Inc. of Marietta, Georgia, is the builder. It specializes in office and industrial businesses.

Mon Jul 18 , 2022
Bellevue, Washington, where Amazon plans to complete six office towers, as seen from Mount Baker in 2019. Tech giant Amazon is pausing construction on six of its planned office towers — five in Washington state and one in Tennessee — with no timeline on when it will restart building activity. […] 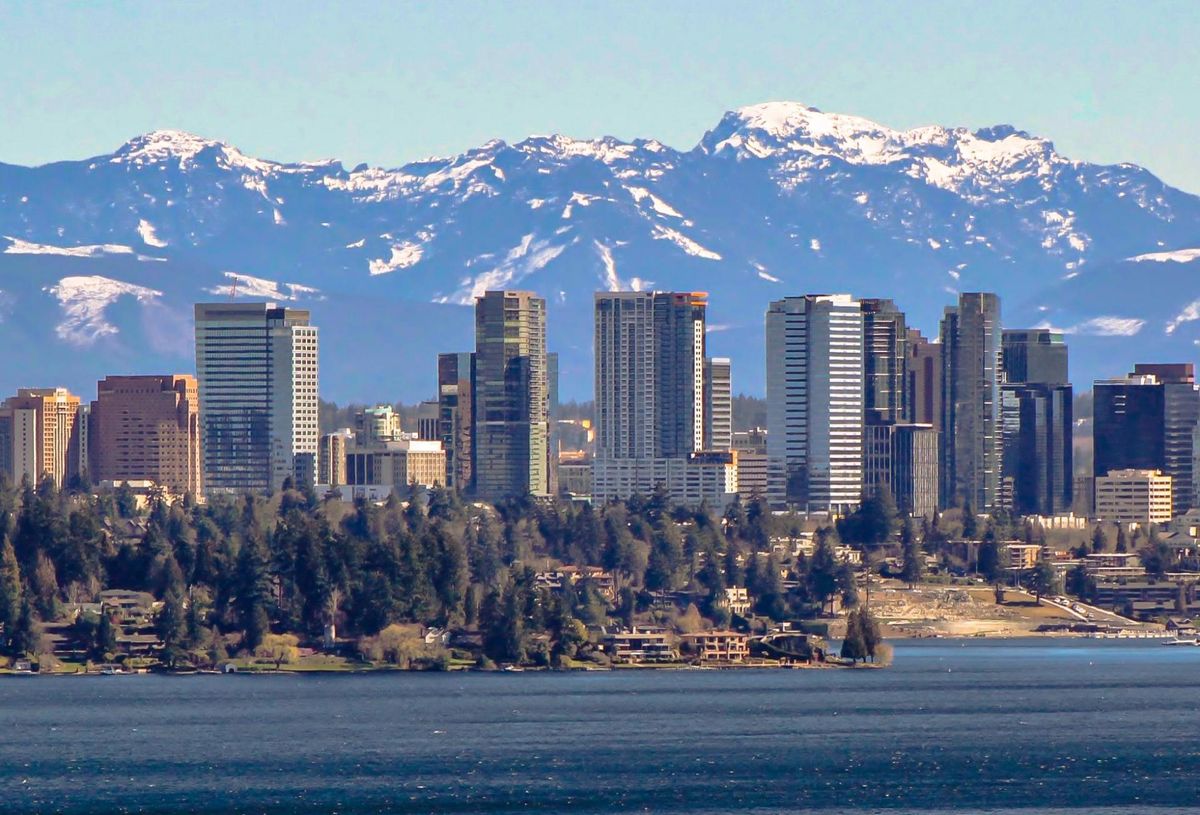