The Tandem Shower, from Seattle-based Boona, offers the ability to easily install dual showerheads running off the same water line. (Boona Photo) Brett Skaloud and Jeff Feiereisen both worked on some of the most cutting-edge technology ever created at Amazon, with specific focus on helping to start the company’s cashierless […]

Brett Skaloud and Jeff Feiereisen both worked on some of the most cutting-edge technology ever created at Amazon, with specific focus on helping to start the company’s cashierless Amazon Go convenience stores.

The engineers have now launched their own startup and the first product is a dual showerhead called Tandem Shower. Part of the appeal of the contraption is the ability — if you’re into that sort of thing — to invite a friend to shower with you. And no, that friend is not a certain Amazon AI.

“We both worked at Amazon, and I was thinking, ‘Should we tell people that we worked at Amazon?’” Feiereisen laughed. “Because they’re gonna be like, ‘Wait a second, are there secret cameras or microphones? I don’t want an Alexa showerhead in my bathroom!’ We don’t want that either. Believe me.”

Feiereisen and Skaloud’s Tandem Shower is way simpler than the hardware that kept them busy at Amazon. And they say response tends to be pretty funny, because the idea of showering together is a bit taboo.

But it’s cleaning up on Kickstarter, where a crowdfunding campaign launched last week has already raised $525,000 from 2,400 backers as of Friday.

The genesis for the idea came during a discussion on shower habits and personal relationships between the two friends. Feiereisen said he enjoyed taking showers with his partner, but admitted to feeling guilty about being a warm water hog. Skaloud said he was less of a fan of showering with his wife because he was stuck in the cold all the time and that he was being pressured to install multiple showerheads during a bathroom remodel — an undertaking that can get rather expensive.

The two men did some quick research and came away surprised that a simple, inexpensive solution had not already been mass produced. So they built a quick prototype and determined that it provided a great experience.

Their new company is called Boona, and while Tandem Shower is the first product, the hope is to design future products — in the bathroom and elsewhere — that can help people better connect.

“We are really intrigued by anything that can help people, help couples get closer, have more present conversations or just improve relationships,” Skaloud said.

In a testimonial video on the Kickstarter page, one woman says the experience of using Tandem Shower with a partner made dual showering “more like what you see in the movies and not the reality that we all know” of one person being left shivering.

The device can certainly be used by one person, as both co-founders spoke to the de-stressing nature of being surrounded by hot water while showering alone. While a Tandem Shower for two might use less water than two separate showers, a Tandem Shower for one would not be so efficient.

A base offering of the product on Kickstarter, available in three different colors, is selling for $249 and includes the Tandem Shower plus an additional showerhead. It can be installed in “just 10 minutes.” But delivery won’t happen until early 2023.

The success of the campaign, with 24 days of crowdfunding still to go, has caught Feiereisen and Skaloud by surprise. A TikTok video that randomly mentions the device as a part of a “genius companies” series has 6 million views. Feiereisen and Skaloud admitted it’s a bit “overwhelming and stressful” as they respond to thousands of questions from would-be buyers and ponder how to keep the momentum going.

And that’s a different feeling from what they experienced at Amazon, even while working on projects that were essentially startups inside the tech giant.

Feiereisen was at Amazon for four years as an engineering manager who managed hardware development for one aspect of Go stores. He was at Microsoft for three years before that. Skaloud spent seven years at Amazon working as a hardware design engineer on Go and as a mechanical engineer on Scout, the company’s delivery robot.

“Being able to have the creative freedom and drive the product is really refreshing,” Skaloud said. But having “infinite money” at Amazon made things a bit easier, and there was great appeal to working on high-tech concepts.

“It’s definitely interesting to go from very sophisticated electromechanical devices, cutting edge work that took many, many, many years and thousands of people and billions of dollars … to this,” Feiereisen said.

But part of the journey has been learning that not everything is as simple as it looks. The two men have had to learn a lot about marketing, advertising, product design, how to communicate with customers, and how to work with directors and actors to make a video.

“If anything, it’s taught us so much empathy on starting a business,” Feiereisen said. “If nothing comes of it, other than just a massive amount of empathy, and a great experience, we’d be pretty stoked. But so far, the signs seem to point toward there might be a real business here.” 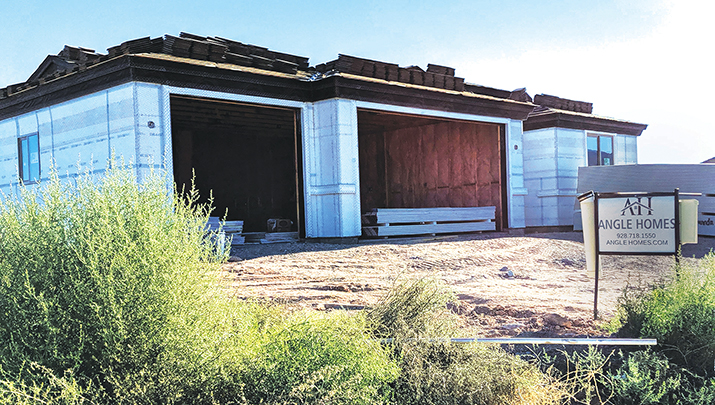