Cabin fever in 2020 paid off for homeowners who renovated their space during lockdown. The National Association of Realtors released its 2022 Remodeling Impact report breaking down data on who remodeled what and for how much. Survey results measured how satisfied consumers were with projects, the cost of the projects […]

Cabin fever in 2020 paid off for homeowners who renovated their space during lockdown.

The National Association of Realtors released its 2022 Remodeling Impact report breaking down data on who remodeled what and for how much. Survey results measured how satisfied consumers were with projects, the cost of the projects and the resale value.

A Harvard University study estimated Americans spent $420 billion in 2020 on remodeling their homes.

In the remodeling report, the National Association of the Remodeling Industry estimated the dollar value each project would add to the house at resale. In comparing that dollar value to the estimated cost of each project provided by NARI members, a Recovered Project Cost percentage was calculated.

Here’s the three interior remodel projects that had the most bang for their buck:

Homeowners who refinished existing hardwood floors were estimated to make back $5,000 in resale value giving the project a 147% value recovery score. Survey results among realtors found that 22% recommend investing in this renovation before selling.

Adding new hardwood floors also paid off. Resale value on new floors was $6,500 or 118% of the project cost.

Hardwood floors were among the top-10 features homebuyers look for according to a 2021 report from the National Association of Home Builders.

Going green turned out to be a long-term investment for those remodeling. Consumers who upgraded their insulation recovered 100% of their costs, estimated to be around $2,500.

Energy efficiency was the number one reason why consumers underwent the project.

Unexpectedly, insulation ranked among the categories that received a “Joy Score” of 10, meaning homeowners were either happy or satisfied with their project. While other top scorers seemed more exciting like closet renovations or attic conversions, upgrading insulation gave homeowners a sense of pride. Of homeowners who took on the project, 69% reported they felt a major sense of accomplishment.

Adding another living room by converting basement space added the value of functionality, according to the report.

Survey respondents said they renovated their basement to add and improve livability and, simply put “it was time for a change.”

This project was a popular one as homeowners were spending more time than ever before in their house. Among NARI members in the remodeling industry, 17% reported an increase in demand for this project.

This was a more expensive project than others but it’s estimated it recuperated 87%, or $49,250, of the cost.

Projects that added more space were popular and landed high on the Joy Score list. Both adding a home office and converting an attic received perfect 10s. Home offices had a 40% increase in demand during the pandemic, according to NARI.

Turning an attic into a living space was one of the most costly projects listed but the recovered value still landed high at 75%.

Rents are climbing, see where Michigan ranks compared to other states

Here’s how experts say you can rework your budget for high prices, debt and investments

Thu Apr 14 , 2022
Partner Content Remodeling your kitchen can be a surprisingly personal process. After all, the kitchen is the heart of your home — a gathering space where your friends and family come to chat, enjoy your latest culinary creations, and make memories together. To top it off, a remodel is an […] 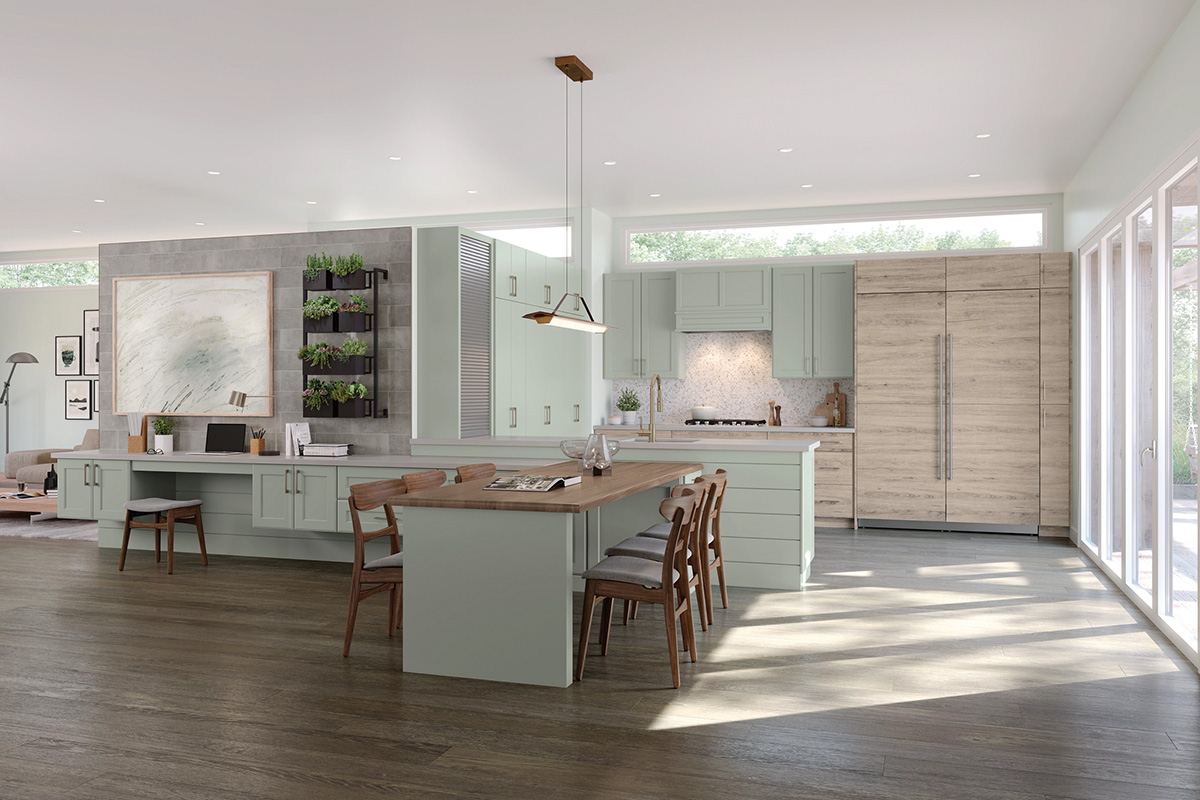