CHILTON COUNTY, Ala. (WHNT) – On Wednesday, News 19 informed viewers about a contractor, Eller’s Odds ‘n’ Ends Handyman Service and Construction, that has no known business address – but is known to leave many jobs unfinished after taking thousands of dollars from customers.   The people who hired him reached […]

CHILTON COUNTY, Ala. (WHNT) – On Wednesday, News 19 informed viewers about a contractor, Eller’s Odds ‘n’ Ends Handyman Service and Construction, that has no known business address – but is known to leave many jobs unfinished after taking thousands of dollars from customers.

The people who hired him reached out to News 19 to say they had nowhere else to turn to for help.

According to a spokesperson for the Chilton County Sheriff’s Office, Brandon Eller, 41, has been held without bond since June 23 on a host of charges including a parole violation.

There is no website or valid contractor’s license for Eller’s Odds n’ Ends Service and Construction but they did have a Facebook page that offers a wide range of services.

The bad experiences and reviews are beginning to mount, and the Facebook page had been deleted as of Friday morning. Yet several people have come forward to claim that they have lost a lot of money.

Sarah and Chad Wallenstein of Moody hired Brandon Eller based on good reviews. They gave his company thousands of dollars to complete the job. The Wallenstein’s say that in early July they stopped seeing Brandon Eller at her home to finish a faulty job.

Venomous vs. Non-venomous: How to identify deadly snakes in Alabama

The victims claim that while Eller was behind bars, his alleged accomplice in the scam, Amy D. O’Connor-Rojo Collier, was giving them the runaround. She told them that Eller was too sick to finish the work.

“Amy said to me that he had heat stroke and that he got COVID-19 and then when I saw his mugshot holding a sign that said June 23, on June 24 Amy was messaging me to let me know that he went into the hospital. I haven’t sat down to do all the math, but we lost at least 5,000 dollars,” Sarah Wallenstein told News 19.

According to St. Clair Ashville sheriff’s, Collier has an outstanding warrant that was issued on July 6. The warrant is unrelated to the scam.

Sara Nussel of Albertville knows that she probably won’t get her $10,000 back for her the mess that Eller’s Odds N Ends left in her driveway, but now she’s glad that they are being exposed.

“At this point, I probably won’t get my money back but they need to be stopped. I started noticing more and more people were putting bad reviews on their Facebook page, and I knew they are scamming more people,” said Nussel.

According to authorities, Brandon Eller has a lengthy history that dates back to 2014. As a result of our reporting, an agent with the United States Secret Service in Birmingham has reached out to the scam victims.

The delightfully kitschy interiors of How to Build a Sex Room

Sat Jul 30 , 2022
What if HGTV’s Extreme Home Makeover and an underground sex club had a love child? That is the premise of How to Build a Sex Room, a new Netflix series where contractors and a sex coach help couples transform bedrooms, basements, and bonus rooms into the pleasure dens of their […] 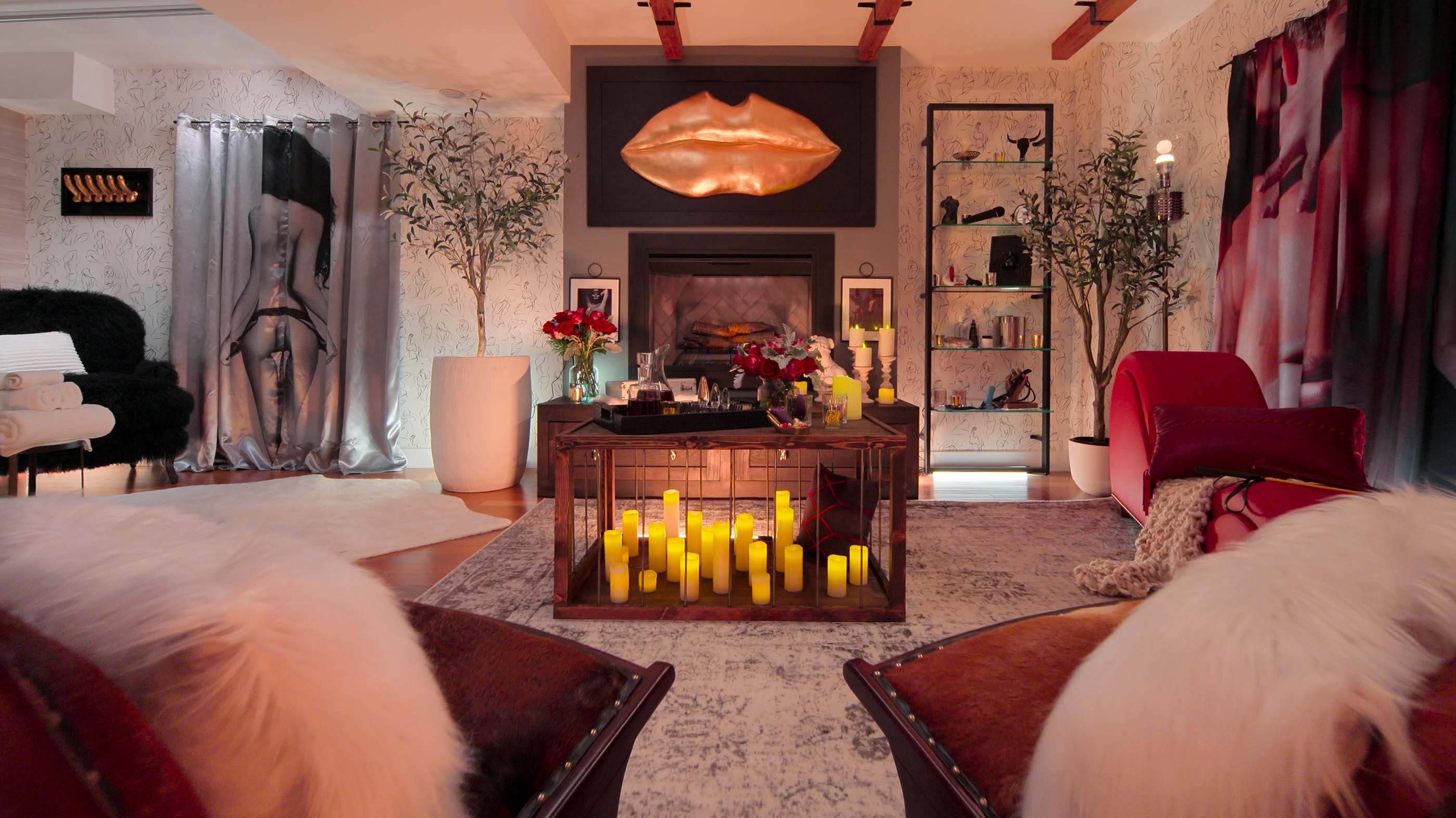