Sound Transit boasts about creating the first “100% carbon-free light rail service” in the nation. Yet when the contractors build concrete columns and stations, they burn fossil fuels that reduce the electric trains’ net climate benefit. In a tiny experiment to limit greenhouse gas, crews building the north half of […]

Sound Transit boasts about creating the first “100% carbon-free light rail service” in the nation. Yet when the contractors build concrete columns and stations, they burn fossil fuels that reduce the electric trains’ net climate benefit.

In a tiny experiment to limit greenhouse gas, crews building the north half of Sound Transit’s 2024 Northgate-to-Lynnwood extension are fueling two forklifts and a dirt loader in Mountlake Terrace with renewable plant-based diesel. It performs as well as petroleum, the crew says.

The test by Skanska USA reflects worldwide attention by the contracting and engineering industries on reducing “embodied carbon,” which refers to sources like concrete-making, heavy equipment and supply chains, as opposed to carbon the driving public spews from our tailpipes.

Skanska USA is also preparing for government low-carbon fuel standards, or a “cap and trade” regimen. When Washington state implements its Climate Commitment Act in 2023, polluters will buy or trade carbon-use credits; then the statewide supply of credits will shrink each year, which presumably lowers total pollution. Washington, Oregon, California and British Columbia, which combined would be the world’s fifth-largest economy, all have imposed or enacted some form of carbon tax.

To be sure, Skanska’s three vehicles, out of 250 on a single project, represent a trifle in the struggle against global warming. The company says its three machines in Mountlake Terrace consumed 2,988 gallons of plant-based biofuels instead of petroleum as of April 15, averting 30 metric tons of CO2 emissions, said Dan Miller, a spokesperson for Skanska. “A nice start, but lots more to do.”

Therefore, only rapid change on a collaborative, worldwide scale can relieve the conflagrations ahead.

Corporations, governments and big public sponsors such as Sound Transit ought to measure carbon output, then ratchet those down through a transnational carbon budget, according to Phil Northcott, founder of C Change Labs, a carbon-analytics service based in Coquitlam, B.C.

“Carbon doesn’t care where it is emitted,” he said.

Skanska USA is using C Change’s open-source software, which is managed by a nonprofit called Building Transparency, to calculate embodied carbon in the Lynnwood project and other new infrastructure. Other funders and technical supporters include Microsoft, the University of Washington Carbon Leadership Forum, the Magnusson Klemencic Associates Foundation, the American Institute of Steel Construction and the American Institute of Architects.

Northcott said he’s not especially confident society will meet the challenge. But he also insists: “Giving up is not an alternative.“

On a chilly morning last fall, equipment operator Pete Van Lier filled a forklift tank with renewable diesel, imported from Sinclair, Wyoming. The main difference is a lack of tailpipe smell, he said.

“When I first start it up, I get 30 seconds, maybe a minute of the water vapor as it heats up, and goes out the exhaust,” he said. Black soot marks remain from before the conversion. The fuel, rated “R 99” for less than 1% fossil products, is made from waste agricultural products, fish oil, tallow and excess fats.

Renewable diesels are 40% to 50% cleaner than fossil fuels, even counting carbon to manufacture and deliver them, said Mark Chen, chief sustainability engineer for Skanska USA. Agricultural products also capture atmospheric CO2 while they grow, he said. Renewable prices are 25% to 40% higher than regular diesel, but that gap should shrink, as regulations and fuel suppliers evolve, the company hopes.

Northcott believes larger-scale solutions are needed to meet the climate crisis. “We are better off electrifying than converting to biofuel,” he said.

Washington state’s new rules may cost petroleum users about 18 cents per gallon, based on the going price of permits, said Todd Myers, policy analyst for the free-market Washington Policy Center. “It’s just a gas tax, by another name,” he said. “It doesn’t mean that the price goes up; it does mean that the price is 18 cents higher than it would have been.” The state’s goal is driving up the price of gasoline, even if leaders don’t like to say so, Myers observes.

“There’s no doubt that innovation is necessary,” he said. Myers said he favors direct public investments, such as capturing methane from landfills.

Leah Missik, Washington state policy director for Climate Solutions, said based on California price histories, petroleum markets react more to complex international markets than state rules. “What the policy does do is help bring down both the price and expand the availability of cleaner fuels,” she said.

Northcott points to other projects, such as the Microsoft campus expansion, where sponsors are big enough to nudge the construction world.

“What we’re doing is we’re deploying the power of carbon-conscious buyers, to force the entire supply chain,” Northcott said. “Where we’ve been successful is where a local 800-pound gorilla, like the Microsoft campus project, has forced the local industry to take notice and to compete on carbon, [alongside] cost and schedule and all the other things. And once they’re used to doing that, they don’t go back.”

To date, Sound Transit has never measured embodied carbon, and therefore has no way to accurately predict light rail’s life-cycle climate benefits. Such calculations also hinge on future ridership and land use. Nor was a carbon limit required from bidders.

Lynnwood Link’s environmental statement, back in 2015, estimated 64,000 tons of CO2 would be released during construction, based on generic industry averages. (That’s comparable to one year of carbon unburned, by travelers switching from cars to trains.)

Northcott said that while Skanska experiment is too small to matter, the knowledge gained may snowball, motivating other builders.

He mentioned Denmark, whose wind program mushroomed from 10-kilowatt turbines a couple decades ago to 10-megawatt turbines, each powerful enough to supply 8,000 homes.

“Somebody has to do it first, and prove it,” said Northcott. “So many of these things that people are doing early on, they don’t make a lot of sense, but they will.” 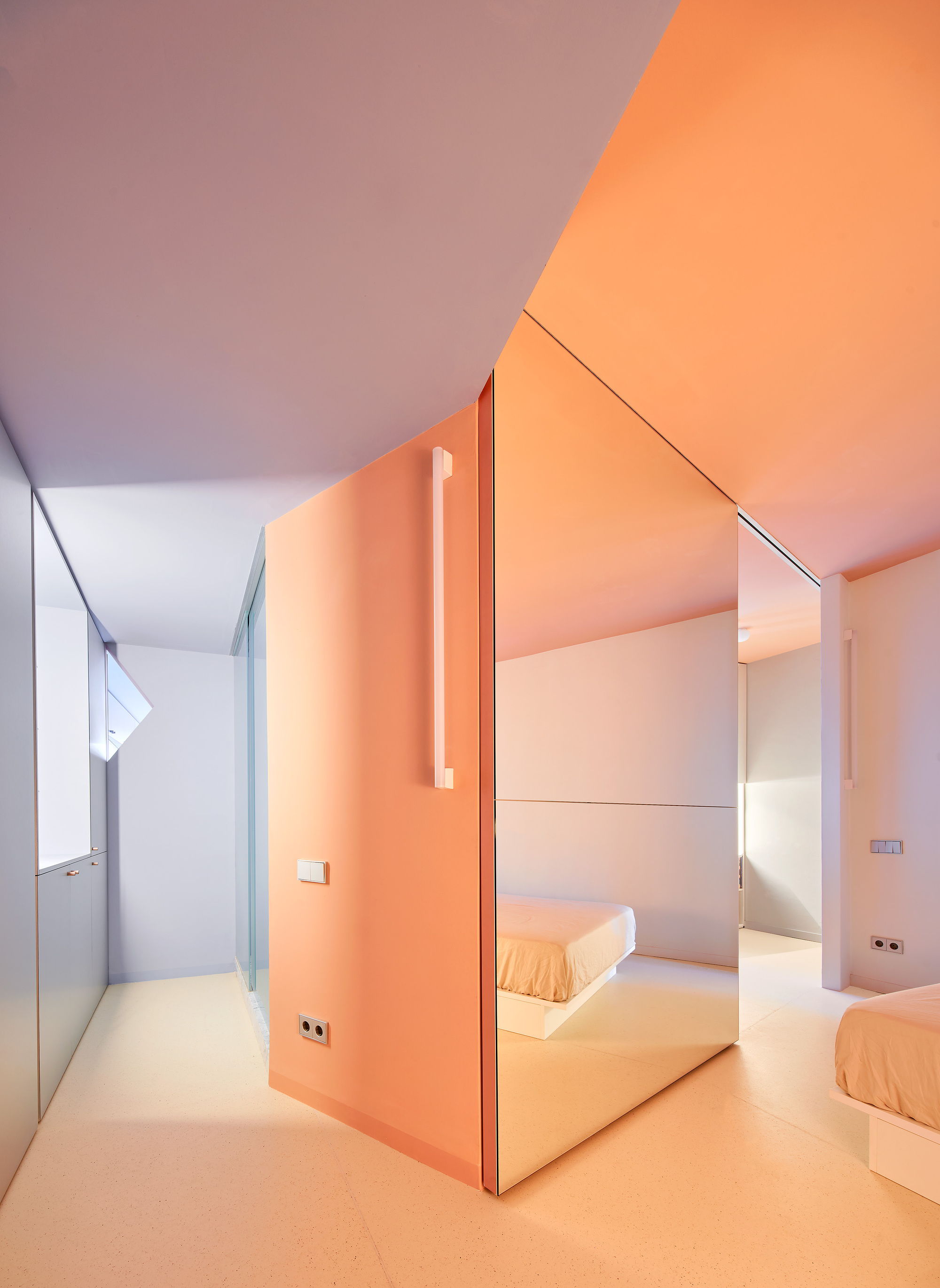