Comment on this story Comment The contractor hired to complete Maryland’s Purple Line construction has reached an agreement with a major labor union, ending months of negotiations over guaranteed wages and benefits, project officials said. The agreement comes as construction revs up on a massive light-rail project that has lain […]

The contractor hired to complete Maryland’s Purple Line construction has reached an agreement with a major labor union, ending months of negotiations over guaranteed wages and benefits, project officials said.

The agreement comes as construction revs up on a massive light-rail project that has lain mostly dormant since September 2020, when the original contractor quit over delay-related cost disputes with the state. The Purple Line is scheduled to begin carrying passengers in fall 2026, more than four years later than initial estimates, and cost an additional $1.46 billion to complete — almost 75 percent over its construction budget.

Major work on the 16-mile rail line resumed this month. With the new labor agreement in place, more will resume after Labor Day and “should really start to take off” in October, said Steve Lanning, Local 11 business manager for Laborers’ International Union of North America (LIUNA).

More than 50 construction workers protested the project in May, saying the new contractor had backed off a commitment to provide agreed-upon wages and benefits.

Project officials said the deal, known as a “project labor agreement,” will ensure a steady supply of workers during a nationwide labor shortage and keep construction on schedule.

The wages and benefits are “fair and competitive,” said John Undeland, spokesman for Purple Line Transit Partners, the private consortium managing the project.

“It ensures there will be a sufficient supply of laborers to get the work done,” he said.

The agreement was signed Aug. 16 between LIUNA’s Local 11 and the consortium’s new contractor, a joint venture led by the U.S. subsidiaries of Spanish firms Dragados and OHL. The state is not a party to it.

Undeland said the contractor is working to reach similar agreements with unions for carpenters, machine operators and steelworkers.

Lanning said the agreement sets an hourly wage of $27.81 for less-skilled laborers and $28.50 to $31.87 for pipe layers and tunnel workers. In addition, they will receive health insurance, pension plan contributions and annual wage increases, he said.

In exchange, the union has promised it will follow a grievance process, rather than go on strike, if labor disputes arise.

Lanning said the agreement’s “very enticing” wages and benefits will attract the best workers and “make sure it’s done on time and on budget.”

The Purple Line is being managed as one of the first public-private partnerships for a U.S. transit project and, when completed, will provide the first direct suburb-to-suburb rail service in the Washington region.

Wed Aug 31 , 2022
The couple fears financial ruin as costs mount and repairs lag. LAKE STEVENS, Wash — It started as a simple plan to turn their garage into an apartment for Shawn Alameda’s elderly parents, but things came apart quickly. “It’s a nightmare,” said Shawn. “This is honesty the worst thing we’ve […] 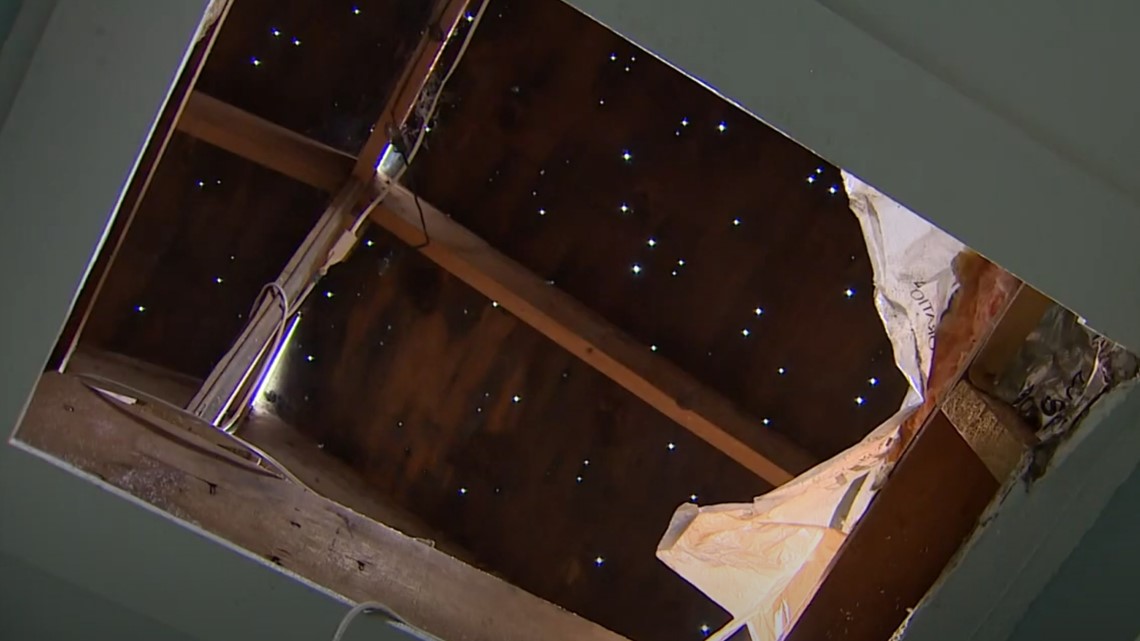