Living room alcove ideas make the very most of these handsome architectural features in both practical and aesthetic terms. Alcoves are often found alongside the chimney, but they may be located elsewhere in the room and, while their dimensions vary, they all provide equal design opportunity. And this is the […]

Living room alcove ideas make the very most of these handsome architectural features in both practical and aesthetic terms.

Alcoves are often found alongside the chimney, but they may be located elsewhere in the room and, while their dimensions vary, they all provide equal design opportunity. And this is the case even if they aren’t an original part of the room – they can be added to square and rectangular modern rooms to create character.

We’ve put together living room ideas that reveal the style and storage potential of alcoves, along with advice from the experts.

While appealing features in their own right, the elegance of alcoves can be enhanced with clever decorative strategies. Meanwhile, they offer vast potential as part of small living room ideas as well as in larger spaces for storage and display – and even as separate zones. Be inspired by these living room alcove ideas.

‘Incorporating recessed shelving into a living room adds depth to the space and a focal feature to introduce contrasting living room paint ideas or finishes to the room. This creates distinctive niches to display books, artwork and plants that can evolve over time.’

2. Frame a couch within a large alcove

A large alcove can be a valuable asset in designing a living room. ‘The soft curves of alcoves can help to frame a space and make it feel more inviting,’ says Paul Deckland, product manager at Cotswold Company.

‘A welcome step away from traditional doors, they offer a grander and more dramatic structural alternative for those seeking open plan living, whilst still giving a subtle nod to different zones.’

3. Go bespoke for an elegant finish

‘Alcoves that flank living room fireplaces are almost always a good idea not least because they make the most out of what can often be an awkward, redundant space,’ says Natascha Dartnall, managing director at ND Studios.

‘Finding freestanding furniture for these nooks can be a minefield. However, by choosing bespoke joinery for these spaces, you can ensure that they are made to be the perfect fit.’

4. Draw the eye to curvaceous alcoves

‘When designing a room do consider the architectural detailing that exists as you can enhance the feel by mimicking it in other areas. These alcoves are perfect for vases filled with lush foliage which help draw attention to their beautiful shape.’

5. Paint alcove shelves the same color as the walls

Creating bookshelves in an alcove as part of living room layout ideas? ‘If you’re adding a bookcase to an alcove, paint the shelves the same color as the walls,‘ suggests Jennifer Ebert, digital editor, Homes & Gardens.

‘It will blend it into the decor and create a more modern look. Let the pieces you place on it add the color and texture instead, and keep your displays simple so you can see the wall color behind.’

6. New build without alcoves? Create your own

Consider living room alcove ideas for rooms without any. ‘It would be very rare not to have at least several alcoves in an older property, but a newer home may not have any,’ says Andrea Childs, editor, Country Homes & Interiors.

The solution? ‘Create your own – with the help of a carpenter,’ she says. ‘This design creates a feature as well as extra living room storage.’

7. Add a home office in an alcove

Consider fitting a desk in an alcove as one of your living room corner ideas. ‘Whatever the size of a living room alcove it has the potential to create a mini office space,’ says Melanie Griffiths, editor, Period Living.

‘With more of us working from home these alcoves have become a life saver. Small and intimate, they’re a fabulous option for an office. Hang some shelves above and away you go.’

Often living room alcove ideas feature custom furniture, but you can use freestanding pieces instead. If so, how to make the furniture part of the alcove?

‘Paint it the same color as the wall,’ advises Melanie Griffiths. Bear in mind, though, that the interior of the piece doesn’t have to be the same shade. ‘Here, a chocolate brown interior adds depth and helps the books and ornaments stand out as a display – and the hue is a great choice as a cozy living room idea,’ she says.

9. Make a feature of an alcove

‘We adore this living room alcove idea by interior designer Lindye Galloway with a curved top, deep shelves and, of course, its on-trend industrial-style doors,’ says Lucy Searle, global editor in chief of Homes & Gardens. ‘This clever touch turns it into a display feature with the black accent following through into the rest of scheme.’

10. Highlight an alcove with a mirror

Living room mirror ideas can include alcoves as well as over the fireplace and other locations.

‘In a smaller living room, you can make the most of an alcove by utilizing the space for storage with shelves and a cupboard underneath,’ says Jennifer Ebert. ‘But consider also fitting mirror glass behind open shelves. This will bounce the light around the room, create the illusion of space and turn the alcove into even more of a feature.’

What can I do with the alcoves in my living room?

There are a whole host of things you can do with alcoves in a living room. They can provide space to store either behind closed doors with a custom cupboard or on open shelving as well as a place for display of decorative accessories or houseplants.

They can provide a niche for furniture such as an armchair – or even a couch if the alcove is sizeable. Or, use an alcove to make space for a home office with a desk and shelving, or as a nook for a chic bar cart.

Should a living room alcove be painted lighter or darker?

An alcove can be painted lighter or darker, depending on the effect you want to create. Painting an alcove in a lighter shade visually reduces its depth and is a more classic approach. Paint it darker and it will recede and make for a more dramatic feature.

Thu Apr 21 , 2022
This article is part of our latest Design special report, about new creative pathways shaped by the pandemic. In those faraway prepandemic times, remote work was a remote option. According to a study published in February by the Pew Research Center, 23 percent of Americans with jobs that could be […] 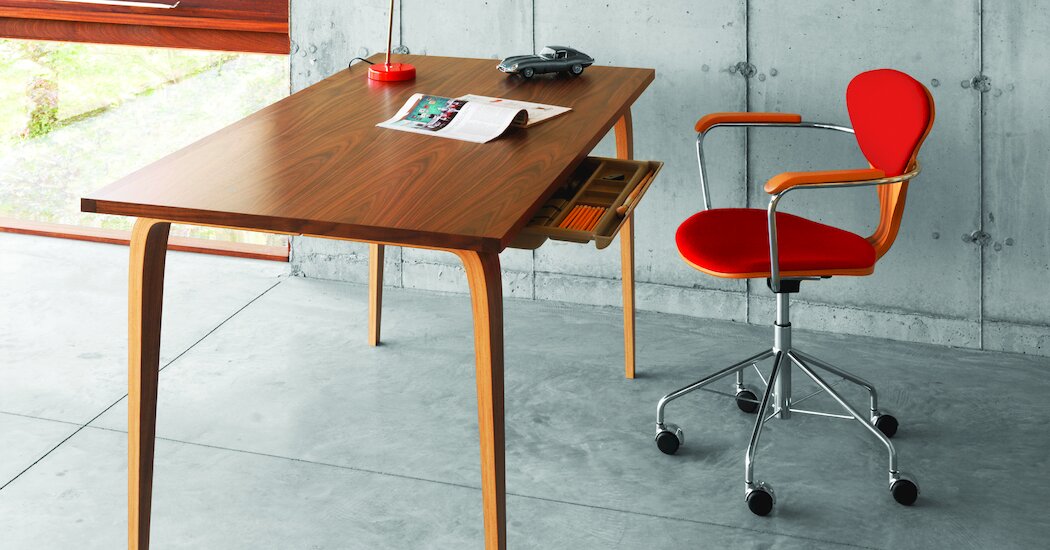