In 1908, an unnamed correspondent for The Times of London wrote the first public account of the two-year-old library of the financier J. Pierpont Morgan, next to his home just east of Madison Avenue on 36th Street. Modeled by the architect Charles Follen McKim on Renaissance buildings like the Villa […]

In 1908, an unnamed correspondent for The Times of London wrote the first public account of the two-year-old library of the financier J. Pierpont Morgan, next to his home just east of Madison Avenue on 36th Street.

Modeled by the architect Charles Follen McKim on Renaissance buildings like the Villa Medici in Rome, the library contained Morgan’s storied collections of rare books and manuscripts, and was built at a cost of just over $1 million (about $32 million today). Describing the library’s lavish interiors and collections, the correspondent wrote, “The Bookman’s Paradise exists and I have seen it.”

This weekend and next, the Morgan Library & Museum will celebrate the restoration of the landmark McKim building and unveil an adjacent, new garden — Manhattan’s new green space — as well as a related exhibition. “Today, the ‘bookman’s paradise’ belongs to all of us,” the exhibition declares.

In an interview this week, the Morgan’s director, Colin B. Bailey, said the $13 million restoration and garden project grew out of a 2016 assessment of the library’s masonry, roof, drainage and metalwork. This came 10 years after the completion of Renzo Piano’s design to integrate the museum’s three landmark buildings through steel and glass pavilions. (The two other landmark buildings are Benjamin Wistar Morris’s 1924-28 annex and the 19th century R.H. Robertson brownstone on Madison Avenue and East 37th Street, where J.P. Morgan Jr. and his wife lived.) Piano’s design moved the museum’s original entrance on East 36th Street to Madison Avenue between 36th and 37th Streets.

The museum developed an elaborate program to restore the McKim building’s facade and exterior sculptural decoration; waterproof its foundation and roof; and develop an invisible pigeon control program for birds that descend from those that began perching on the building in 1906. (Pigeons turn out to be fearless and highly territorial.)

It also hired the British landscape architect Todd Longstaffe-Gowan — whose commissions have included Hampton Court and Kensington and Kew Palaces — to design a 5,000 square foot garden parallel to the facade of the library. In 1912 Morgan asked the landscape architect Beatrix Jones (later Beatrix Farrand) to design a garden in the space between his home and the library; her design was never executed. Until the new garden design, the space was occupied by what Longstaffe-Gowan calls an “undistinguished” vertical swath of green lawn. “With the garden, we endeavored to showcase the library’s exterior and offer visitors moments to pause and engage with the architecture itself,” Bailey said.

Longstaffe-Gowan’s garden concept — approved by the New York City Landmarks and Preservation Commission in 2018 and inspired by Morgan’s Eurocentric taste and collections — includes bluestone paths whose patterns echo the floor of the library and exterior paving, as well as pebblework pavements created by a Sicilian craftsman using stones from the shores of the Ionian Sea and volcanic ash from Mount Etna.

Longstaffe-Gowan also installed sculptures from Morgan’s collection, including a Roman sarcophagus, a Roman funerary stele and two Renaissance corbels, in the garden. Most important, he created a landscape design featuring plants that are deliberately low, so as not to distract from McKim’s architecture, including geraniums, anemones, asters, foxgloves and viburnum. In an interview, he said his plant choices and patterns were influenced, in part, by 15th-century French and Italian manuscripts in Morgan’s collection.

The Morgan hired a lighting designer, Linnaea Tillett, to enhance the nighttime presence of the McKim building — previously illuminated only by streetlights. “The landscape, pathways and lighting are designed to offer an intimate encounter with the building,” Bailey said.

The exterior entrance to the McKim building was a major focus of the museum’s conservation team, headed up by New York-based Integrated Conservation Resources (ICR), which also worked on the 2010 restoration of the interior of Morgan’s library. The doors — adorned with bronze scenes from the life of Christ that were created in 1900 and inspired by Lorenzo Ghiberti’s Renaissance bronze doors for the Baptistery of Florence — were cleaned and conserved.

Jennifer Schork, a partner at ICR and principal conservator on the Morgan project, said that the goal of the project was for the McKim building “to look clean, refreshed and repaired but not altered in any way from the original design intent and appearance,” which she called “impeccable.”

The library is constructed out of Tennessee Pink marble, from a quarry near Knoxville, that is not true marble but limestone, cut, according to the museum, “to perfection,” into blocks separated by lead sheets only 1/16th of an inch thick.

“In my 15 years of doing this, I’ve never worked on a building that is so well designed and constructed,” Schork said. “To retain, refresh and restore its excellence was certainly intimidating.”

The design and execution of its stonework, she added, “is unparalleled in any building in New York City. Mortar was not used; the stones were set directly against each other with a very thin layer of lead sheet” between them, a similar construction technique to that used in the Erechtheion, an ancient Greek temple built on the Acropolis to house a wooden statue of Athena.

Anthony Acciavatti, a visiting assistant professor in urban studies at the Yale School of Architecture, pointed out that the Morgan’s new garden as well as the recently redesigned roof deck on the nearby Stavros Niarchos Foundation Library “extend the reach and public mission” of both institutions.

Placing the Roman and Renaissance sculptures in the Morgan’s garden could draw a passer-by “into looking at the objects in the building,” he said.

Adding that museums and other cultural sites are “all grappling with how to make their collections and spaces more accessible to wider audiences,” Catharine Dann Roeber, interim director of academic programs at the Winterthur Museum, Garden & Library, in New Castle County, Delaware, said “the Morgan is connecting ideas about art, beauty, respite and learning that it is known for (on the inside) in new ways outside.”

The Morgan’s director offered a more down to earth assessment of the timing of the unveiling, which was supposed to be completed in spring 2021 but was delayed by the pandemic.

“The fact that we’re opening the outdoor space now seems sort of ordained,” Bailey said. “We’ve found the right moment. People are eager to be in each other’s company, to see beauty.”

Sun Jun 12 , 2022
When Pierre Paulin was designing one-off chairs and interiors in the second half of the 20th Century, little did he know the popularity his work would receive in the distant age of social media. Having now appeared in everything from Louis Vuitton campaigns, Kanye West’s Atlanta warehouse, to Frank Ocean’s […] 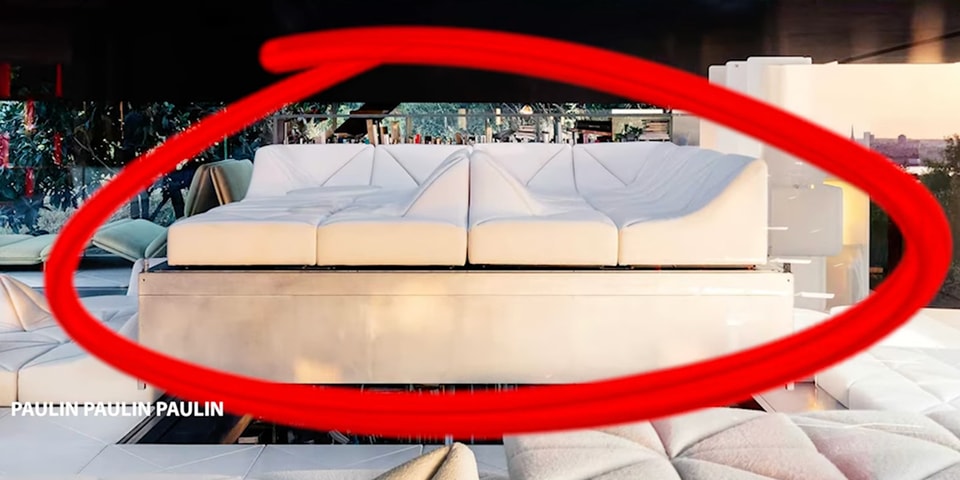