American teens can swap their cap and gown for construction hats, high-visibility vests, and a whopping six figure salary straight out of high school, with one New York company offering students full time jobs without a college degree. Harrison & Burrowes, a construction company founded more than 40 years ago, […]

American teens can swap their cap and gown for construction hats, high-visibility vests, and a whopping six figure salary straight out of high school, with one New York company offering students full time jobs without a college degree.

Harrison & Burrowes, a construction company founded more than 40 years ago, is offering full time positions, paying up to $47 an hour after completing its summer apprenticeship.

The company’s Chief Operations Officer, Chris DiStefano encouraged teenagers to look at the alternative in an interview with Fox & Friends. 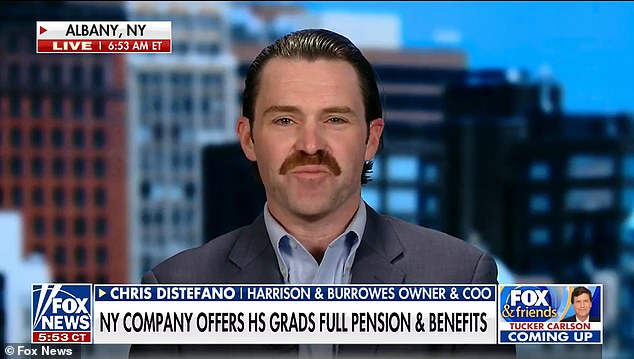 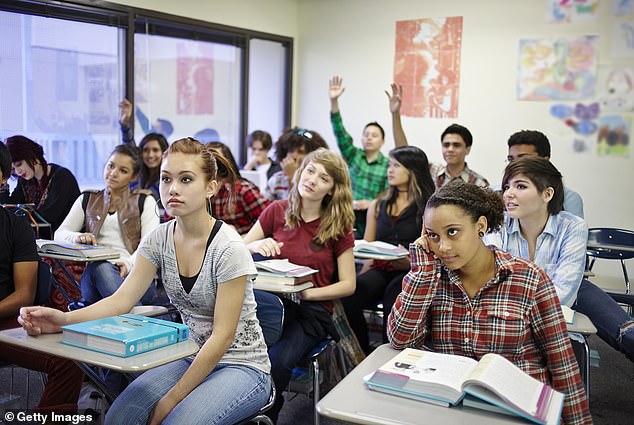 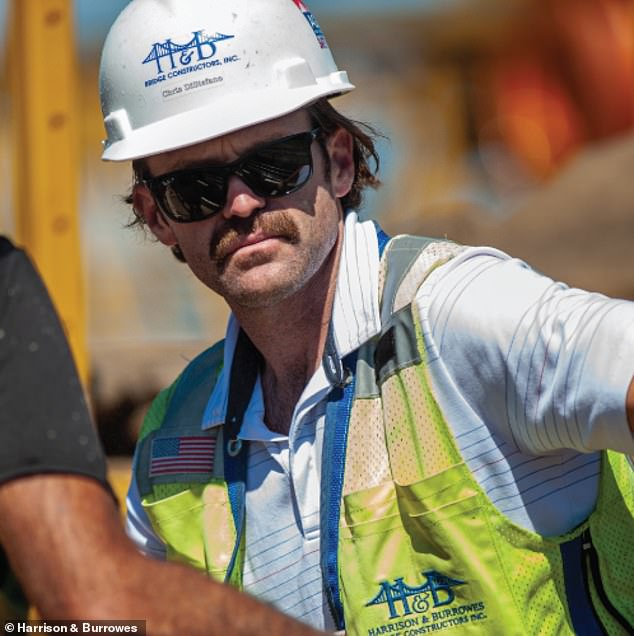 ‘College isn’t for everybody — and with the rising cost of tuition, we can provide a great opportunity for those folks that the path to college might not be the best path for them,’ he said.

High school seniors will be given the opportunity to work up to 200 hours and complete the summer apprenticeship and will be offered a full-time position pending graduation.

‘When they come on, they can come on at 18 years old and make a steady wage and have a sustainable career going forward,’ said DiStefano.

The company has a long history in construction with roots in the heavy highway industry dating back to the 1920s.

Founded in February 1980, Harrison & Burrowes has been at the helm of constructing and rehabilitating 400 bridges employing a workforce of 150 people.

It focuses on building, maintaining, and repairing bridges at a competitive rate.

While the family-owned business boasts 150 years combined worth of experience on its website, DiStefano said finding qualified people is a challenge in today’s climate. 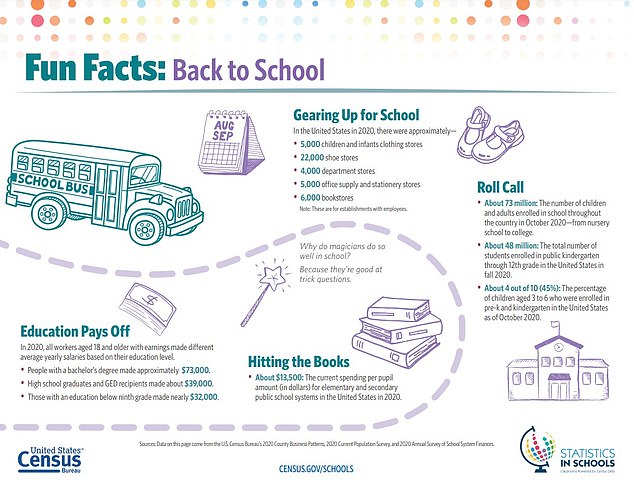 U.S. Census Bureau data says tertiary education can pay off with those going into the workforce with degrees earning higher salaries in the long term 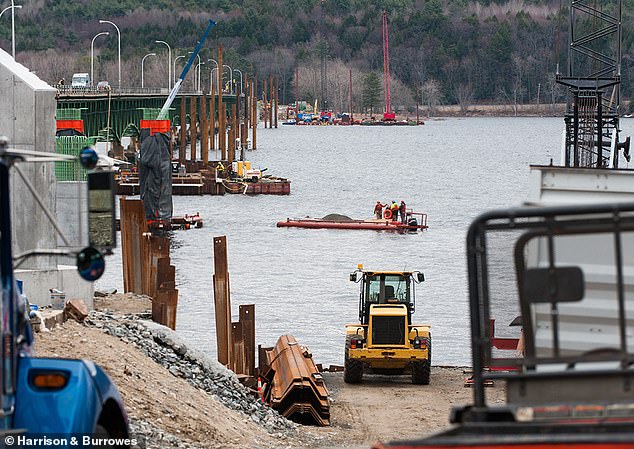 ‘We’re taking it very seriously and doing all the things on our end to make a sustainable future,’ he said.

While DiStefano believes the pathway will give students more options coming out of High school, the U.S. Census Bureau’s back-to-school report found that ‘education pays off.’

‘In 2020, all workers aged 18 and older with earnings made different average yearly salaries based on their education level’ the report said.

People with a bachelor’s degree made approximately $73,000, while high school graduates and GED recipients made about $39,000. Those with an education below ninth grade made $32,000, according to the report.

Mark Johnson, of Degraff Bloom Custom Builders in Round Lake, who hired an apprentice last year, told the Times Union that choosing this path doesn’t have to mean never getting a college degree. 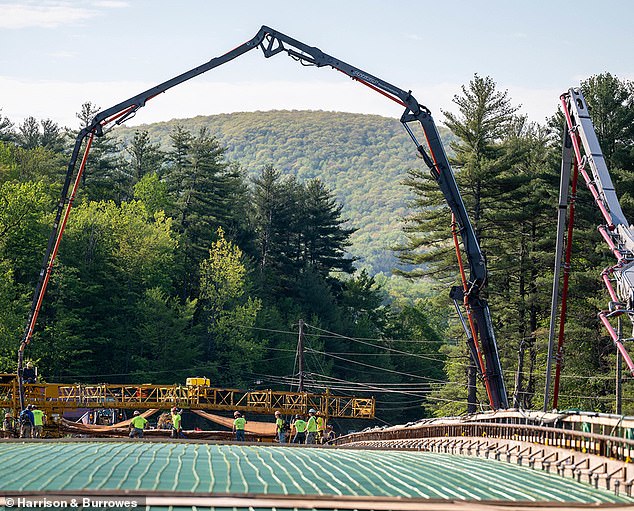 Johnson hired Riston Jones as an apprentice, who went on to work full-time a week after finishing high school and said he’s allowing Jones the flexibility to find ‘his niche.’

The 18-year-old chose full-time work over a college degree despite his parents’ wishes.

‘My dad used to be an electrician, way before I was born. He wanted me to go to college so I didn’t have to work hard my whole life,’ he told Times Union.

But Jones didn’t feel like higher education was for him.

‘I can’t sit in a classroom and feel like I’m learning anything. I don’t get the same joy from doing that. I get my feelings of accomplished from finishing framing a house. It’s a feeling of accomplishment.’

The immediate college enrollment rate for 4-year institutions in 2020 was not measurably different from the rate in 2010.

Fri Sep 9 , 2022
When a couple living in an 18th-century North Yorkshire village home embarked on a renovation project, they were ready to spend money, and redoing the old kitchen floor was on the list. But before they could get past the first stage of tearing out the old floorboards the renovation workers […] 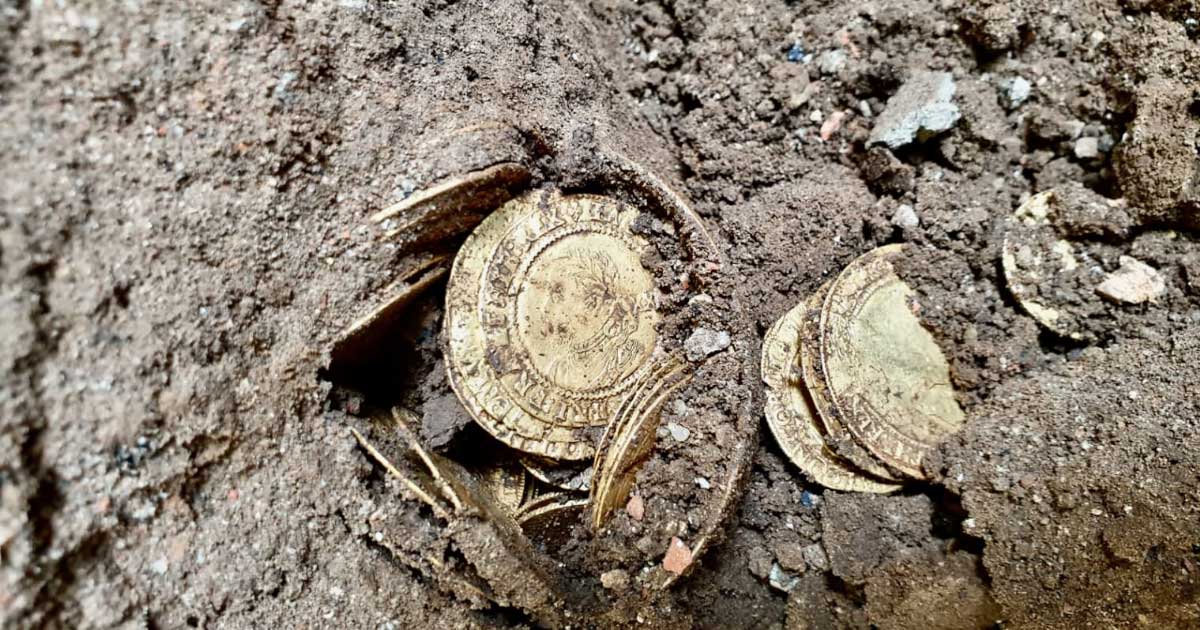