Good work costs money Christian Mackie For Unsplash Social media, television and especially YouTube can make DIY projects look incredibly easy, especially when it comes to bathroom renovations. Just demo, sand, prime and paint those old cabinets, change out the vanity, and re-tile. All you need is a weekend and […]

Social media, television and especially YouTube can make DIY projects look incredibly easy, especially when it comes to bathroom renovations. Just demo, sand, prime and paint those old cabinets, change out the vanity, and re-tile. All you need is a weekend and an enthusiasm for sweat equity. But in reality, saving cash on a DIY bathroom renovation often ends disastrously, costing homeowners far more money than the original budget. These unprofessional renovations can even lower the value of a home.

According to interior designer Kevin Francis O’Gara, bathrooms can be the worst culprit for DIY projects gone wrong. “Any room with plumbing is a tough DIY, but bathrooms especially benefit from the expertise of a contractor to really maximize the space. I often move plumbing in bathroom renovations to improve the layout, and using a professional to make any plumbing changes is well worth the expense. Water damage is a mistake that becomes very costly very quickly,” he tells me.

Still think you’re capable of a major bathroom makeover on your own? I spoke with an HGTV star, an interior designer, a real estate agent, and two DIYers, all of whom will make you think twice.

When Lindsay and Duane Lammers got married and purchased their first home in Orlando, Florida, they were so excited to renovate, they started a TikTok account to document the process. “We had a small budget after just closing on the house, but wanted to tackle the guest bathroom since it was a smaller room. We felt it was mostly cosmetic and we could handle it,” says Lindsay Lammers. “It was mustard yellow with an old leaky and rusted toilet, rusted fixtures, drains, and an old sink vanity. It also had really old lighting fixtures. The linoleum flooring was ripped and filthy, so we planned to do some luxury vinyl plank flooring. In addition to the floors, we would add a chair rail along the walls and paint.”

Without any prior experience personally or professionally, the couple began the renovations, and almost immediately, things took a turn for the worse. “When [my husband] took out the screws to remove the light fixture, [we discovered] the electrical wires were tangled up. He untangled one and it was hanging by the other two. Without him holding onto the fixture to support it, the wires unraveled under the weight of the old fixture and it came crashing down. Unfortunately, directly in its landing path were the copper pipes sticking out of the wall that attach to a sink. It crashed down on them and smashed them out of the wall.”

As a result, the hallway, all four bedrooms, the master bathroom, guest bathroom, and master walk-in closet were completely flooded. It took more than five hours of wet vacuuming and days of de-humidifiers running to remedy the situation. The carpets, carpet pads, baseboards, and flooring down to the concrete had to be ripped out.

While the Lammers planned to spend $,1000, this project ended up costing them approximately $10,000. The entire situation could have been prevented had they known to shut off the main water valve to the house.

As Seen On TV

But the Lammers are hardly the only family to mismanage a DIY project. In fact, that’s the entire premise for HGTV’s Unfinished Business. Each episode features a homeowner who started a DIY project but never finished, leaving not only the home but also their lives, in complete flux.

Interior designer Shay Holland not only starred on the show, but has also experienced this situation many times in real life. For example, she received a frantic call one day from clients who had steam coming out of their toilets. “I had never even seen this. [It turns out], they hooked up their toilets to the hot water supply line,” she tells me.

While some mistakes can make for humorous stories later, Holland has unfortunately seen DIYs turn deadly. “I can’t tell you how many people I know who have fallen off of ladders and been seriously hurt. We have one family friend that fell and broke his neck and died. If you don’t know the safety precautions, it can be so dangerous.”

Even the simple ways that homeowners try to cut corners to save cash, such as painting, are best left up to professionals. “When we say, for example, that painting is so easy, it is not that easy to get a professional-looking result when you do it yourself. You can see drips down the wall. You’ve got to know what you’re doing with your paintbrushes, roller and know how to tape.”

However, Holland still has empathy for homeowners who make these very common mistakes, especially for the ones she spent time with while filming Unfinished Business. “The families are part of the show from the beginning to the end. They’re learning the whole process and they’re doing the rebuilding with us. So, we really get to know the families on a whole different level. A lot of the stories are just very emotional. In one case, the mom had a heart attack halfway through the project and she was trying to make her home handicap accessible for her mother. Now, her 25-year-old daughter is trying to take care of them and she can’t finish the DIY. A lot of times, life just gets in the way. Sometimes you think you can start something and finish it in a few days, like they do on YouTube.”

Lori Levine Harris is a real estate agent based in Los Angeles, where the current market is just about as hot as the weather. While it can take a lot to lower home value, bad DIY renovations are still a big faux pas. “A bad remodel— whether just stylistically bad, incongruous with the overall style of the house, or half-done (we’ve seen this), can sour buyers on your house, especially in an architecturally significant or historic house. If you own a Craftsman, Spanish, Tudor, or Mid-Century— put away that subway tile. Original is best,” she says.

According to Harris, it’s best to just spend the money and have the bathroom professionally renovated, which can cost anywhere between $5,000-$20,000. “But if your house is already outdated, upgrading a bathroom or two won’t do much to increase the value of your home. Leave it for the next owner.”

Harris highly suggests tile reglazing an affordable but smart upgrade. “Re-tiling a bathroom can be really expensive, not to mention the labor shortage and supply chain issues that can delay the delivery of select tile by months. But tile reglazing is magic! It’s basically a thick coat of white paint over bad tile, an old bathtub or sink, that makes everything brand-new and white. It can cost anywhere from $500 to $2,000 depending on the scope of work, and is a serious hack when listing your home for sale.”

Do It Once, Do It Right

Ultra low-budget renovations are rarely worth the money. Several years ago, Adam Rossi, CEO of TotalShield, tried to renovate his bathroom on an absurdly low budget of just $500. The problem was that all the new design touches made everything else look even older in comparison. “We started by putting in new shelving. It looked amazing, but the trouble was it made the rest of the bathroom look kind of grungy. So we decided to upgrade the sink, too. Again, it made a major difference, but it made us hate the way the rest of the bathroom looked,” he says. “So, we decided to up our budget a bit and put in new countertops. Another major difference! But now, the shower looked gross. We upped the budget again and replaced the shower.” Rossi ended up exceeding the original budget by $3,000.

When it comes to bathroom renovations, even affordable ones, it’s simply best to start with a realistic budget. Hiring an interior designer and a good contractor can also help save cash in the long run, ultimately increasing the value of a home. “A good interior designer has the ability to see the bigger picture when it comes to design choices in your home and will help guide decision-making for costly materials, fixtures and finishes. Investing in the right design the first time saves you from making changes when you’re ready to sell and is paramount to bringing real value to your home that will stand the test of time,” says O’Gara. “With the experience to streamline the renovation process, it becomes much easier and time-efficient in the right hands. Designers can also access trade-only product lines (and often discounts) that put more options within your reach.” 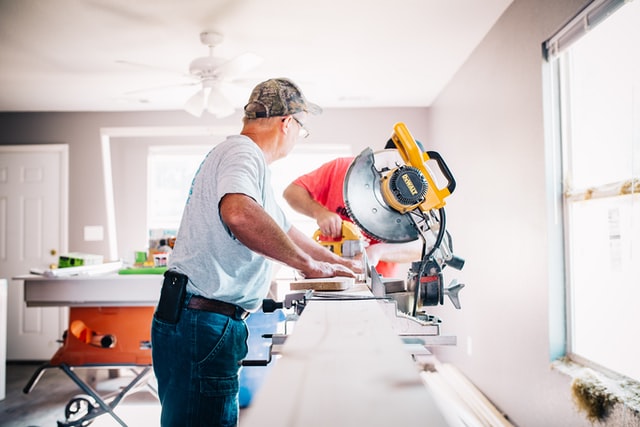