The owners and an employee at a San Francisco plastering company and its sister construction firm were charged with multiple felonies for allegedly engaging in a years long tax and insurance fraud scheme, District Attorney Brooke Jenkins announced. Denis Cullinane, owner of Cullinane Plastering, and his brother Jeremiah Cullinane, owner […]

The owners and an employee at a San Francisco plastering company and its sister construction firm were charged with multiple felonies for allegedly engaging in a years long tax and insurance fraud scheme, District Attorney Brooke Jenkins announced.

According to a press release from the DA’s office, the Cullinane brothers are both at large and have warrants outstanding against them while their company assets have been frozen. Maher, who has both Irish and Us passports, was arraigned earlier this week and was ordered by the judge not to leave the state of California. Some of her known assets were frozen by court order.

“These inexcusable crimes victimize hard-working employees trying to earn a living and cheated taxpayers out of millions in public resources,” said Jenkins in a statement. “Holding Cullinane accountable for these crimes is critical to ensuring that workers are protected, and the system is not exploited with inflated and unfair costs to insurers, consumers, businesses and taxpayers.”

Cullinane Construction and Cullinane Plastering are listed with addresses on the 1800 block of Mission Street and the 100 block of Beulah Street. Calls to the office seeking comment on the charges against them were not returned in timely fashion.

According to the complaint, the alleged fraud surfaced after a Cullinane Plastering employee was seriously injured while working at a job site in May, 2019.

The employee was working as a carpenter when a level — a tool to determine straightness — fell on him from a higher story, according to the DA’s office. He suffered a spinal injury and lost feeling in his legs. Co-workers helped him to his car where he remained until the feelings in his legs came back.

The Cullinanes allegedly concealed the injury from their insurance carrier, State Compensation Insurance Fund (SCIF) for more than a year. When Maher finally disclosed to SFIC the workplace injury one year later, she allegedly misrepresented the employee’s work history and downplayed the injury in order to protect her employer from incurring damages, allegedly furthering the fraud.

The resulting investigation revealed that the workplace injury had been allegedly concealed in violation of California law. In addition, the investigation showed that Cullinane Plastering and Cullinane Construction allegedly filed fraudulent payroll information to both the SCIF from 2018 to 2020 and the Employment Development Department (EDD) from 2017 to 2020.

This fraudulent information allegedly lowered payroll tax contributions and workers compensation contributions. The defendants’ assets have been frozen under a previous court order to prevent them from liquidating assets and to protect funds for restitution to the victims.

“Our office will hold individuals and organizations who lie and engage in fraud accountable,” Jenkins said.

Thu Sep 15 , 2022
The architecture firm Malfinio adjusted the floor plan of a 19th-century apartment by removing a wall to reduce the number of smaller rooms and create more space. In light of our recent publication “Top 3 Renovated Rooms in 2021 – What’s Next for 2022?”, we continue with a focus on […] 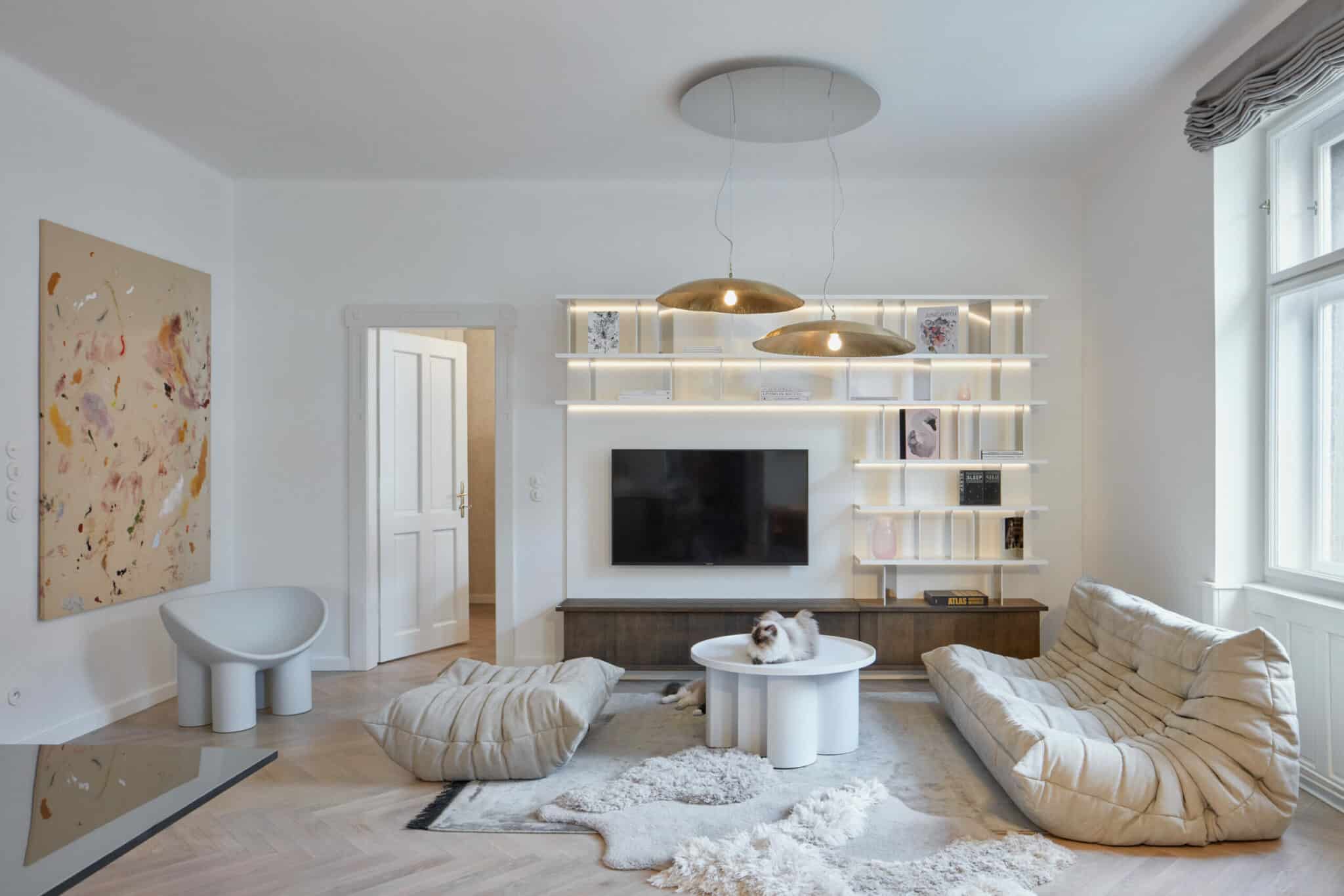