When a couple living in an 18th-century North Yorkshire village home embarked on a renovation project, they were ready to spend money, and redoing the old kitchen floor was on the list. But before they could get past the first stage of tearing out the old floorboards the renovation workers […]

When a couple living in an 18th-century North Yorkshire village home embarked on a renovation project, they were ready to spend money, and redoing the old kitchen floor was on the list. But before they could get past the first stage of tearing out the old floorboards the renovation workers stumbled upon a rare coin hoard, numbering more than 260 coins.

Ironically, what they found under their “ancient” kitchen floor increased their fortunes by 280,000 dollars (281,000 euros)! That’s the rough estimated auction value of the rare coin hoard found under their kitchen floorboards, which is now being sold off by Spink & Son, an auctioneer nearly as old as the coins in North Yorkshire hoard. 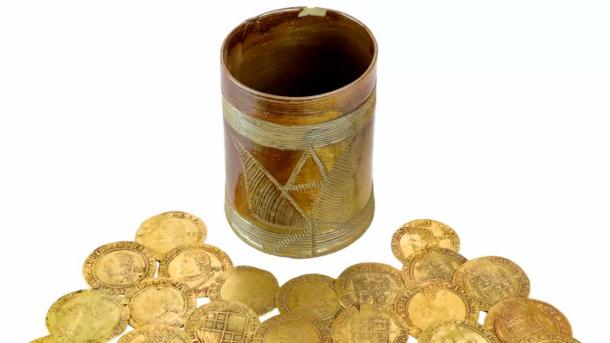 A Mixed Rare Coin Hoard Under An 18th-century Kitchen Floor

In 2019, in the village of Ellerby, in the historical home the North Yorkshire couple had lived in for ten years, early kitchen floor renovations led to a rare coin hoard fortune. According to the Smithsonian Magazine , workers who lifted the floorboards encountered an obstruction that they initially believed to be an electrical cable buried in concrete. Further investigation revealed a salt-glazed earthenware tumbler no bigger than a soda can buried 6 to 8 inches (15 to 20 centimeters) under the ground. Hearing coins rattle inside, they spilled out the contents and found a truly rare and unusual coin hoard, reported Livescience.

The rare coin hoard consisted of more than 260 coins, dating to between 1610 and 1727 AD. A single Brazilian coin was notable as it was in circulation in England in the 1720s.

Interestingly, included in the cache are two coins which are of greater value because they have mint errors. A George I guinea from 1720 with two tail sides instead of the king’s head on one side has been valued at around 4,590 dollars (4,610 euros) by the auctioneer. And a Charles II guinea from 1675 has the king’s name in Latin spelt incorrectly as (Craolvs instead of Carolvs) and is expected to fetch about 1,725 dollars (1,733 euros).

Metro.co quotes Gregory Edmund, an auctioneer with Spink & Son as saying, “This is a fascinating and highly important discovery. It is extraordinarily rare for hoards of English gold coins to ever come onto the marketplace. This find of over 260 coins is also one of the largest on archaeological record from Britain. They’re not mint perfect coins, they are coins that have had a hard life. It is a wonderful and truly unexpected discovery from so unassuming a find location. As a coin specialist of many years experience, I cannot recall a similar discovery in living memory, and it is therefore an enormous privilege to be able to properly document and explore this hoard for the benefit of future generations.”

Edmund added that the remarkable rare coin hoard accurately reflects the £50 and £100 coins that were used in 1610-1727 AD England. 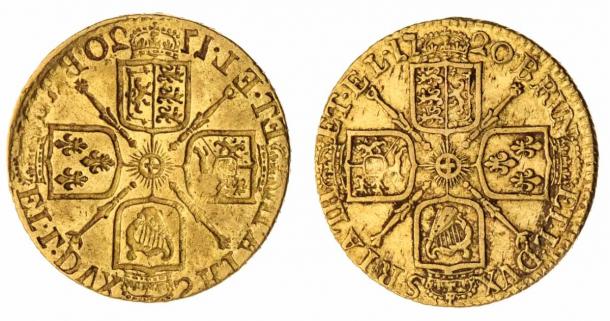 Thanks to a minting error, this 1720 George I guinea has two “tails” sides. It could be the most valuable of the coins discovered beneath the North Yorkshire village home’s kitchen floor. ( Spink & Son )

The Coin Hoard Owners Were Merchants Mistrustful The Bank

Experts have been able to determine who the original owners of the coins were. “The coins almost certainly belonged to the Fernley-Maisters, Joseph and Sarah who married in 1694,” quotes CNN from the Spink & Son press release.

The Fernley-Maisters were a wealthy mercantile family from the 16th to the 18th century and many members of the extended clan lived in the area. They traded in iron ore, timber, and coal from the Baltic states. Beginning in the early 1700s, over the generations, many family members served in parliament.

After Joseph and Sara died, the family largely petered out and that’s probably why the coins were never retrieved despite being reasonably accessible.

But the real question is why were they stashed away in the first place?

“Joseph and Sarah clearly distrusted the newly-formed Bank of England, the ‘banknote’ and even the gold coinage of their day because they (chose) to hold onto so many coins dating to the English Civil War and beforehand. Why they never recovered the coins when they were really easy to find just beneath original 18th century floorboards is an even bigger mystery, but it is one hell of a piggy bank,” CNN quotes Edmund as saying.

Fortunately for the couple who now “own” the coin hoard, the coins do not fall under the specification for “treasure” under British law and they will get ownership of all except the Brazilian coin. The coins found in July 2019 have now been officially disclaimed as the youngest of them, a George I guinea from 1727, was less than 300 years old at the time of discovery, according to the Smithsonian Magazine .

The coins will go on auction in October 2022 and the overall proceeds should more than cover the couple’s expenses for all their historical home renovations!

Top image: A couple living in a historical home in a village in North Yorkshire, England found a rare coin hoard, more than 260 coins, under the kitchen floor they were renovating, and soon they will receive a small fortune from the auctioneer. Source: Spink & Son

Fri Sep 9 , 2022
Castro residents in search of freshly made dumplings can now order them at Dumpling Kitchen (544 Castro Street). Dumpling Kitchen opened Wednesday in the former Puerto Vallarta-themed Papi Rico restaurant space, which closed in 2019 after less than two years. Hoodline broke the news of the incoming restaurant back in July — […] 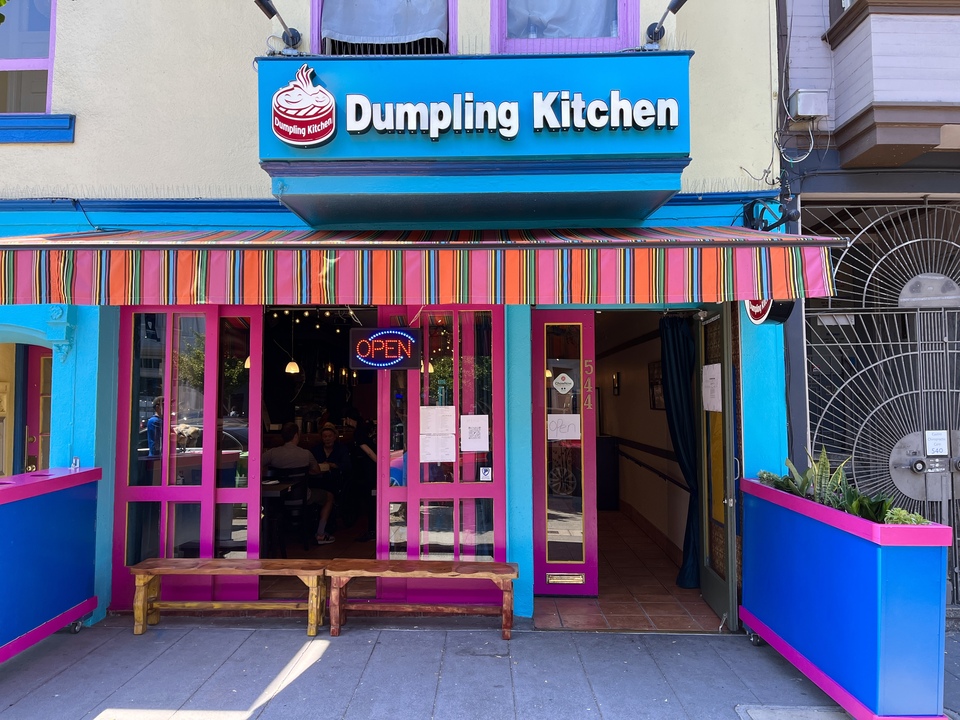